Voodoo and afro-cyborgs: Contemporary art from Benin exhibited in Rabat

Hosting “Art of Benin Yesterday and Today: From Restitution to Revelation”, the Mohammed VI Museum of Modern and Contemporary Art in Rabat is offering visitors a journey through time in reviving olden Benin gods and taking a look at what the future might be brewing for Africa.

One thing the exhibition vividly demonstrates is how the olden entities, sacred and divine, tradition, intangible heritage and cosmogony all continue to be reflected in contemporary Benin art. 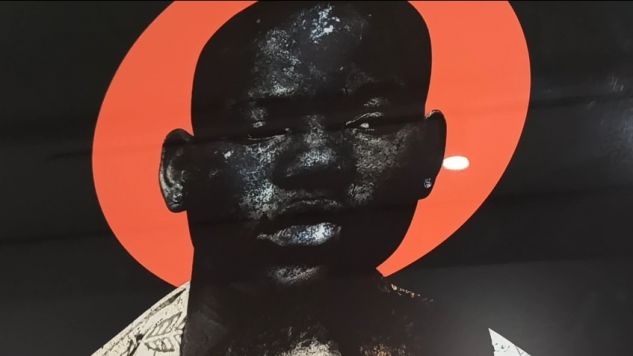 Voodoo, ever alive and well

The artists whose sculptures and paintings effectuate this connection between the past and present are Cyprien Tokoudagba, Yves Pèdé, Ludovic Fadaïro and Dominique Kouas.

“They act here as the guides and guardians that hold the keys to a world of mythological figures, symbols of initiation, and poetic symbols abound with gods, goddesses, kings and queens from time immemorial,” reads the exhibition description.

Another artist Epaphras Toihen revives a world of living beings and ancient kingdoms.

Famed for being a master Voodu painter and sculptor, Cyprien Tokoudagba, whose works are among the exhibited pieces, helped restore the bas-reliefs of the palaces of Abomey in Benin. Born in Benin in 1939 and having died on May 5, 2012, as a child, his father entrusted him for a short period to a priest of Tohoussou Vodun, into which he was initiated. The priest became the boy Tokoudagba’s spiritual usher into his ancestors' religion and its many symbolic elements. This inspired Cyprien Tokoudagba to translate via artistic means, the cultural content of Voodoo into a unique iconographic language. 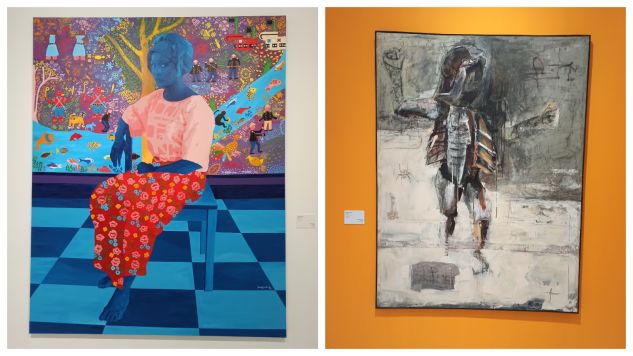 “In the collective memory of many Beninese people, he remains the first contemporary artist to have given a face to the gods, rendering the invisible visible,” reads the exhibition’s informative plaque.

Born in 1959 and passing away in 2019, Yves Apollinaire Pédé, known for his remarkable appliqué wall hangings, resurrects the artistic heritage of the ancient royal court of Dahomey, notably the fabric tapestries that rose to fame thanks to the Yemadjé family. Before he rose to prominence in the field of appliqué, Yves Pedé, like his compatriot Cyprien Tokoudagba, helped restore the bas-reliefs of the palaces of Abomey. The exhibition booklet describes him as “a contemporary artist firmly rooted in his era and interested in the socio-cultural changes taking place in it, which he aims to depict in his paintings.”

A self-taught painter going against his parents’ vision of him becoming a welder, Youss Atacora born on February 10, 1988, in Djougou, dedicated his art to the reconstruction of faces of the heroes who fought for the glory of Africa and Black people.

“Taking a Pan-African stance, Youss is probably one of the most visible emerging artists from North Benin in the Beninese art scene… He has exhibited in Benin, Germany, Congo-Brazzaville, Ghana and Burkina Faso,” visitors could learn by visiting the exhibition. 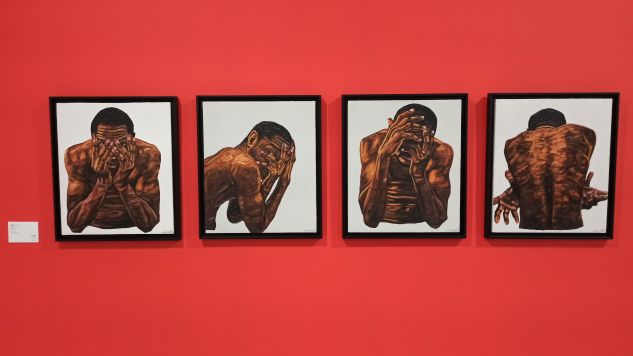 But the richness of the Benin artistic exploits goes beyond the revival of old concepts and archetypes. The exhibition takes the visitors on an introspective voyage with artists such as Moufouli Bello, Julien Sinzogan, Francis Tchiakpé “Tchif”, Edwige Apologan, Thierry Oussou, Dominique Zinkpè, and Ponce Zannou taking on a global angle, shedding light on concerns about humankind's future and its visions of a better world, about its hybridization and quest for identity which does not take place without transgression.

The query about the place of Africa in the oncoming cyberages is best demonstrated by Gérard Quenum's cyborg-like characters, Emo de Medeiros' afro-futurist robots and Sènami Donoumassou's diaphanous shadows. Their art allows the visitors to behold the birth of a new godhead – half-human, half-machine, half-something-ineffable.

To see the above mentioned artists’ creations and more, make sure to visit the exhibition before its closing date on May 15, 2023.
source: TVP World