The notion of a ‘group of death’ has long been a fascination amongst fans and journalists. Some have suggested that group E which includes Spain and Germany constitutes the title this time around. However, group G seems to contain the most broadly spread quality amongst the four nations, with Switzerland, Cameroon, Brazil and Serbia battling for two spots in the last 16.

Coach:
Murat Yakin has coached in the Swiss league for 15 years, plus a brief spell at Spartak Moscow. He is best known for highly successful two years in charge of Basel (2012-2014) where he twice won the domestic title and led the team to the semis of the Europa League.

With Switzerland a mainstay at the World Cup this century the pressure was on Yakin to take them to Qatar. Having topped their qualification group, going undefeated in the process, in a group containing Italy, it is fair to say he has more than matched expectations since taking over in 2021.

Style of play:
The Swiss play a compact and relatively rigid version of 4-2-3-1, which, much like recent incarnations of the team, makes them very difficult to penetrate, as demonstrated by the two goals they conceded in qualifying.

Few countries have maintained such similar philosophy and approach over multiple tournaments and coaches.

Key player:
Granit Xhaka has made a remarkable turnaround at club level this season. Seemingly bound for an exit from Arsenal last summer following several seasons of inconsistent performances, being stripped of the captaincy and being broadly unpopular with supporters.

Xhaka has been one of the best performers not only for the the table toppers but throughout the Premier League. Regardless of his form with Arsenal he usually delivers for the Swiss.

Like at Arsenal he is required to be the holding man midfield and has some licence to venture into the final third which brings out the best in his game.

Keep an eye on:
Erling Haaland hogged the headlines regarding incomings at Manchester City this summer but versatile defender Manuel Akanji has slotted in impressively quickly.

He reads the play very well, he is calm in possession and able to bring the ball into midfield. His partnership and understanding with centre half Nico Elvedi and Elvidi’s Borussia Mönchengladbach teammate, the ever consistent goalkeeper Jan Sommer, are the platform on which Switzerland’s solidity is built.

World Cup pedigree:
Switzerland will be competing in their 12th tournament and since 1994 they have regularly made it to the last 16 but no further. They made it to the quarter finals on three occasions between 1934 and 1954.

We expect:
Given their excellent recent record with navigating their way out their group at World Cup’s, the level of experience, resilience and squad togetherness they look well placed to do so again.

However, they have rarely faced such a demanding group and their achilles heel, a cutting edge in front of goal could come back to haunt them. A positive result against Serbia should be just enough to see them into the last 16. 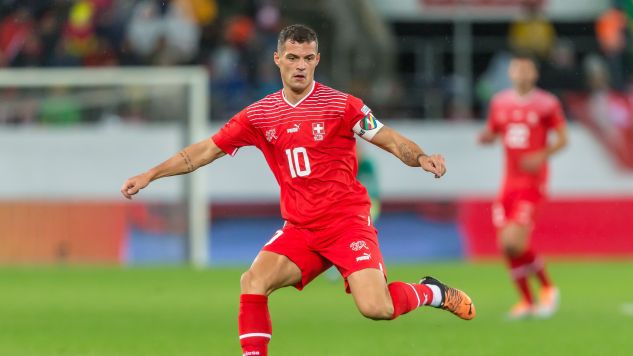 Coach:
Rigobert Song is one of the most recognisable names in Cameroonian football having won 137 caps over 17 years and played at four World Cups.

Song is part of a generation of African managers taking charge of their home nations after most African FA’s previously deemed European coaches more dependable.

Song took charge of the national team in February of this year and results have been mixed thus far.

Style of play:
Song has alternated between a 4-3-3 and a 4-4-2, it is difficult to say yet whether that is due to indecision or a desire for flexibility.

Song appears keen to stamp his authority on the team, controversially dropping the in-form Ngadeu-Ngadjui and playing Nkoulou, a player who is generally deemed way past his best, who rarely plays for mid-table Greek outfit Aris.

Key player:
Eric Maxim Choupo-Moting has taken a particularly unconventional road to the highest level in the game. He spent much of his career as a striker for average German sides with an undistinguished strike rate.

He had an unremarkable season at Stoke in 17/18 before a seemingly odd move to PSG to be a backup forward to some of the world’s best.

It was there that he really came to the fore coming on as a late sub and filling in for injured stars, he built a reputation as a reliable target man who popped up with important goals.

For two seasons he played second fiddle to Bayern’s goal machine Robert Lewandowski but following the Pole’s transfer he has stepped up to the plate. This season, at the age of 33 he has found a rich vein of form peaking just in time for the World Cup.

Keep an eye on:
Like Choupo-Moting, André-Frank Zambo Anguissa has really found form this season. Also, similarly to his teammate Anguissa has always looked a decent player but this year looks well suited to playing alongside the elite in the Champions League.

Anguissa’s fantastic form for table topping Napoli has made him one of the players of the season so far in Serie A. His box-to-box style, boundless energy and passing precision will be invaluable to Cameroon.

World Cup pedigree:
Cameroon have qualified regularly for the tournament since their debut in 1982. Few who witnessed it will forget the mark they left on Italia ‘90, which has been the best campaign to date, reaching the quarter finals narrowly losing out to England.

We expect:
The relative managerial inexperience and sometimes odd decision making of Song may hamper the team. But more than anything they like the quality of their group rivals and bottom place seems the most likely outcome. 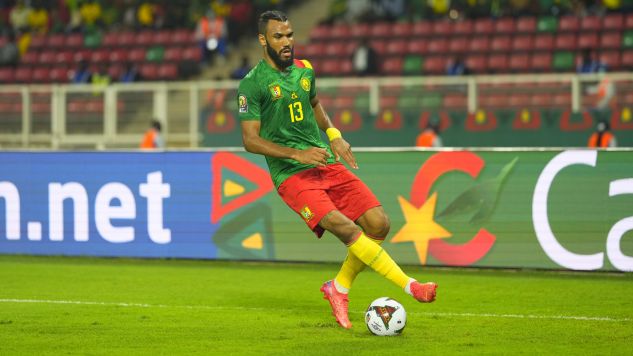 Coach:
Prior to taking the hot seat with the national team, Tite spent much of his 20-plus years of management at various Brazilians clubs.

His huge knowledge of the domestic game and vast experience appears to have put him in good stead for the big role. He has been the national team’s longest serving manager in the modern era.

Style of play:
The team plays a 4-2-3-1, partially to fit in the embarrassment of riches they contain in attacking positions but the system does seem quite well balanced. The front four are all capable of inter changing positions making it awkward for defenders to pick them up.

In contrast to previous famous iterations, this team Brazil no longer possesses marauding full backs. It is probably to their advantage to have more pragmatic defenders given the attack midfielders lesser defensive inclinations.

Key player:
As with the last two World Cups, the team and fans alike will look to the mercurial Neymar to stamp his authority on proceedings as one of the world’s most skillful players.

The World Cup seems to be coming at a good time for Neymar as he is enjoying one of his best seasons yet with PSG. His goals, assists, dribbles, creativity and perhaps most importantly for him, his decision making have been exceptional.

He will be playing as number 10 for Brazil with licence to roam which suits his game well.

Keep an eye on:
Only France comes close to Brazil's phenomenal depth of attacking talent so it is to his credit that Raphina, playing last season for Leeds in a relegation battle, has cemented his place in the starting XI.

As the old football cliche goes, Raphina has a wand of a left foot. He plays on the right wing and likes to drop the shoulder, grab a yard and cross or shoot. Blessed with exceptional touch and a flair to shoot or beat his man before they are set make him a constant danger to defences.

In tandem with Neymar and Vinicius Jnr they promise the most flair possibility for the unexpected of any set of attackers at the tournament.

World Cup pedigree:
Pedigree unsurpassed. Brazil are favourites for their sixth world title, having last won it in 2002. They have qualified for every World Cup since its inception in 1930.

We expect:
Brazil undoubtedly has the ability to go all the way. Two brilliant goalkeepers, immensely experienced and trustworthy centre halves, solid holding midfielders and a breathtaking forward line. On paper only the full back positions, especially the left side are worrisome positions for the Seleção.

However, it is rarely a lack of ability or a single weak link that has prevented Brazil from winning the tournament for 20 years, rather a single, near inexplicable implosion once per tournament that has seen them eliminated. And that may just do for them once again. 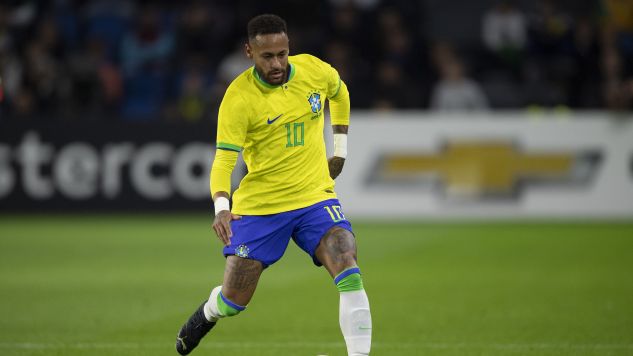 Coach:
Dragan Stojkovic is arguably the greatest ever Serbian player of all time, although he never had the opportunity to represent them. He won 84 caps for Yugoslavia, spanning three decades.

Stojkovic’s managerial career prior to taking over the Serbian national team, in 2021 came with Chinese and japanese clubs, where he broadly found a lot of success.

He learnt a lot from Arsene Wenger during his playing career at Nagoya Grampus. He has impressed thus far with Serbia, winning a group containing Portugal and going undefeated in the process.

Style of play:
Stojkovic prefers a 3-4-1-2, a system especially tailored to accommodate his players. He has deferred to a 5-3-2 against more testing opposition so it will be interesting to see how he perceives his group rivals in that respect.

Given their wealth of attacking players, in particular two out-and-out centre forwards (Mitrovic and Vlahovic) they are almost obliged to play positive football.

The variety of their attacks makes them particularly potent, with two tall powerful centre forwards that can long ball. They have two wing backs capable of accurate crossing and, in Tadic and Milenko-Savic have two central midfielders highly adept at delivering defence splitting passes.

Key player:
Dusan Tadic is their most gifted player with the ball at his feet even if he is marginally past the peak of his powers at 33.

Stojkovic’s attacking system usually gives Tadic the freedom to pick up varied positions on the pitch which suits him well as he is comfortable coming off either flank or in hole just behind the centre forwards.

Keep an eye on:
There are plenty of hugely talented potential match winners from Lazio’s in-demand Milenko-Savic to Juventus’ talent striker Vlaohvic and their creative, energetic wing back Kostic.

However, the most irrepressible performer of late has been Alexander Mitrovic. The Fulham hitman is in superb form, having scored 9 in his 13 premier league appearances and a remarkable six in four Serbia.

He has picked up where he left off in the English Championship last season where he ripped up the record book with a stunning 43 in 44 appearances.

World Cup pedigree:
As Serbia, this will be their third finals of a possible four but they have never made it out of the group.

We expect:
Never have Serbia had such a talented team and it will be fascinating to see how they fare in such a challenging group.

The major doubt is whether the compact, pragmatic Swiss might be too wily for them. If they can avoid defeat against Switzerland they should have the firepower to make it out of the group.

No other team at the tournament appears to be starting with two powerful number nines up front and this will cause many defences problems they are unused to dealing with.

If they are able to find defensive solidity and favourable draw - should they make it out of the group - they could well emerge as dark horses and quarter final place is well within there capability. 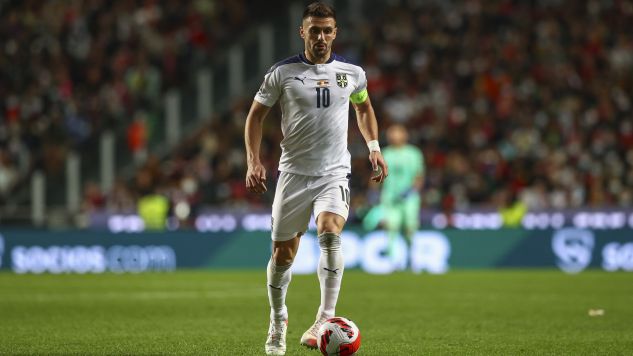