With summer just behind the corner, Poland’s Baltic coastline has a whole plethora of attractions that will enchant your getaway with magic, making it outlast any other summertime nostalgia.

Always wanted to wield a broadsword, shoot a bow and arrow, hammer out your own dagger or grab a quill and having dipped it in ink conjure nordic runes onto a parchment? Fulfil your childhood dreams of becoming a Viking raider or a Slavic brave by visiting the Centre of Slavs and Vikings in Wolin – an interactive open-air museum widely recognised for its historical reenactments of clashes between fearsome and fearless warriors. The site is located on Poland’s largest island – Wolin.

The moment you cross the wooden gate of the settlement, you will find yourself teleported to a world as seen by our ancestors some 1,000 years ago. Do not loiter any longer, visit Wolin now!

The green sanctuary of the the Wolin National Park

Lose yourself in the overgrowth of pines on the coastal mounds. Submerge yourself in the aroma of a mixed forest – a true feast for the senses. Grab honeysuckle – Poland’s original liana reaching the length of 18 metres. Reach out and touch nature but beware the sea holly – the closest thing to a cactus around. If this already sounds like the Wild West to you, then wait until you see bisons grazing grass in the European Bison Showcase Farm. Look up every now and then and you may get a chance to spot the symbol of the Wolin National Park – the majestic white-tailed eagle. 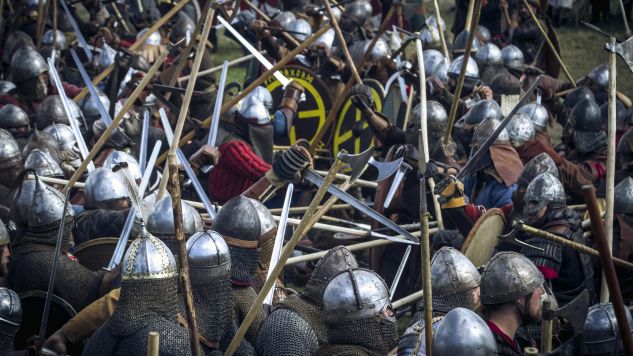 A visit to Hel

That is Hel with a single “L” for you. Once but a small isle, the speck of sand joined with mainland Poland forming the Hel Peninsula – a Mecca for windsurfing aficionados and bunker enthusiasts alike. Concerning the latter, you may consider visiting the Coastal Defence Museum to learn more about the heroic stand of Polish soldiers against the onslaught of the Nazi-German army during WWII.

Should you be looking for something softer and more cheerful, the Seal Sanctuary of the Marine Station of the Oceanology Institute of the University of Gdańsk in Hel is your destination. There you will be able to meet Unda, Agata, Ewa, Ania and Fok – the seal charges of the centre. The animals have become the visitors’ apples of the eye frolicking around, and giving children a whale of a time.

Sidetracking to a WWII torpedo depot

WWII military infrastructure remnants are scattered all over Poland but the torpedo depot right off the coast of the Bay of Puck in the Babie Doły is not to be overlooked. The depot had been constructed by Nazi Germany in 1942 and continued operating up until 1945. Now the building serves as an object of philosophical ruminations and a curious enrichment of the scenery. We dissuade our readers from disembarking onto the torpedo depot platform as the entire structure is in a bad condition. Entering the site may prove hazardous. 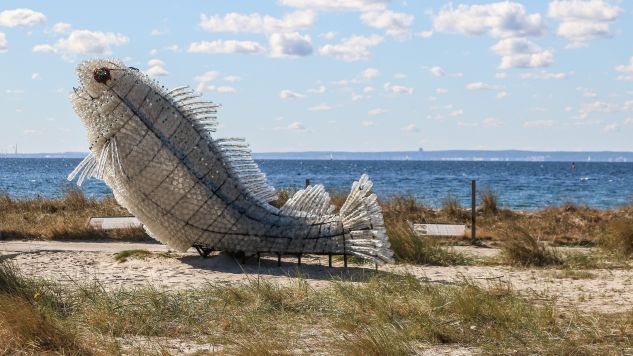 A giant fish, made with plastic bottles to pay attention on water pollution with plastic waste is seen in city of Hel, Hel Peninsula, Poland. Photo: NurPhoto / Contributor

Something for the green fingers

If you are all about flowers and getting your fingers green, the Hortulus Botanic Garden is not to be skipped. The mastery of how various plants, flowers and trees were arranged there reminds one of the paintings by the grates such as Claude Monet, Paul Cézanne and Henry Matisse.

But keep in mind that the garden was designed in a way so as to present different themes from all around the globe. You will find Mediterranean, French, English and even Japanese compositions around here. Everyone will find to one’s taste.

You must have read Frank Herbart’s book or watched Denis Villeneuve’s movie adaptation by now. If you want to feel like Paul Atreides ploughing through the sands of Arrakis, you have to visit the Słowiński National Park. The tallest of its dunes is Łącka Góra, boasting an altitude of 30 to 40 metres above sea level, depending on the winds, that is.

Should you grow thirsty for city life, the charming seaside towns of Łeba and Ustka are definitely worth seeing. 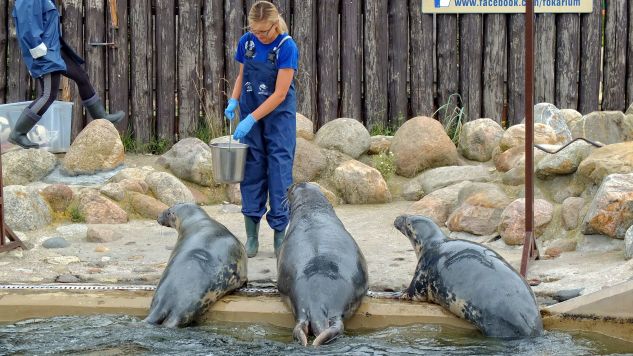 Feeding and medical examination of gray seals living in the Seals Sanctuary of the University of Gdansk on the Hel Peninsula named Fokarium . An isolated population of Gray Seal exists in the Baltic Sea and was threatened with extinction, but thanks to the help of the Seals Sanctuary, population in the Baltic Sea has increased. Photo: Michal Fludra/NurPhoto/NurPhoto via Getty Images

Over-a-kilometre-long model train railroad – that sounds fun, does it not? You can visit the genuine heaven of train modelling in Dziwnów. The trains roll through minuscule towns, and tunnels, crossing cavities via bridges and calling at stations. The whole world in a nutshell.

Now let us scale up a little bit, time to visit the Tricity just opposite the inner side of the Hel Peninsula. Consisting of Gdańsk, Sopot, and Gdynia, the Tricity offers a wide variety of activities ranging from touristic sites to nightlife and excursions.

Start with Gdańsk, the oldest city, whose history dates back to the seventh century AC, although most of the infrastructure of its old town was erected either in the Middle Ages. Relish the sight of medieval tenement houses ornamented with cupids, gold animals and frescos, climb the harbour crane used since times immemorial to unload and load cargo brought to the city by various ships. Here is a candy for the gamers’ tribe. The crane was used as an inspiration for one of the landmarks in the third instalment of the awards-winning videogames series “The Witcher” . With this in mind, you really cannot frown upon this opportunity to feel like Geralt visiting Novigrad.

Do not let hunger spoil your visit – take a seat in one of the many restaurants’ outdoor dining areas. Once the sun sets, enjoy the nightlife in the Tricities clubs, some of which are located just on the coast. 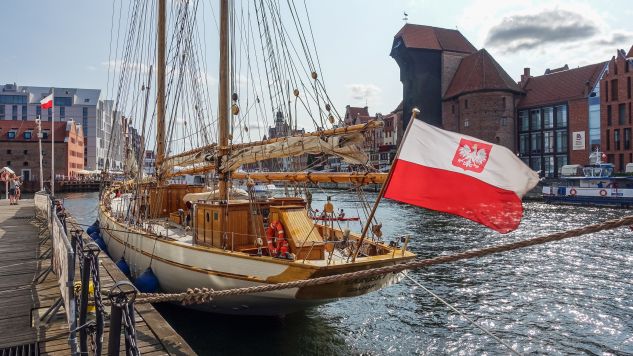 General Zaruski yacht moored on a Motlawa river is seen in Gdańsk to the backdrop of the famous Witcher-related crane. Photo: Michal Fludra/NurPhoto via Getty Images

Of the Devil and the Lighthouse

As legend has it, the Devil himself took a liking for a rock jutting out of the Baltic waters just off the Polish coast. The fallen angel would pull each and every passing ship carelessly passing by into the abyss. One such vessel was a Swedish ship that sunk together with its entire crew. Having heard the terrible news, the captain’s daughter decided to settle near the rock and set fire every night to tip off inadvertent ships. Near the site, in Rozewie
, to be precise, Poland’s oldest and most famous lighthouse was erected in the 1820s. Named after a prolific Polish writer known by the name of Stefan Żeromski, the lighthouse offers a breath-taking view and withholds a lighthouse keeping museum.

Roughly 56 miles (90 km) long, 6 to 15 miles (10 to 19 km) wide, and up to 17 feet (5 m) deep, the Vistula Lagoon offers the best of two worlds – a quasi-lakeside feeling (mind that the water is salty) and a view opening to the Baltic sea. The lagoon is a mouth of a few branches of the Vistula River, notably Nogat and Szkarpawa, and of the Pregolya River. It is connected to Gdańsk Bay by the Strait of Baltiysk.

The Poland–Russia border runs across the lagoon, with the Kaliningrad Oblast being the Russian territory adjacent to Poland.

But the lagoon is a particularly interesting destination due to the ongoing dig of the Vistula Spit canal. The canal that will merge the Vistula Lagoon and Gdańsk Bay is now more than 86 percent completed.
source: TVP World