Morocco, Visegrad Group and all that jazz

The Visegrad Group puts its own instruments at work to make itself known and likeable to the people of the Kingdom of Morocco. These instruments are a shining-gold saxophone, a slender-at-the-neck and yet buxom-at-bottom double bass, an ink-black grand piano and a fiery-red drum kit.

“We believe in the message of the V4 and we believe we can bring peace to the within of each of us,” the sax-wielding frontman of the V4 Jazz Quartet Tamás Zsári told a peculiar motley of diplomats and jazz-lovers filling the concert hall of Mohammed V National Theatre in Rabat on Thursday.

Communicated in a universal language of music, the message has as many as four harbingers.

“Each of them represents a member state of the Visegrad Group,” Hungarian Ambassador Miklos Tromler told the crowd.

“We have had minor contretemps. Polish piano man Jakub Stankiewicz had been tested positive and under the Moroccan sanitary regulations could not be allowed entry to Morocco,” clarified Ambassador Tromler. “He has been replaced by a Moroccan piano player Nordin Baha. Although unplanned, this development perfectly demonstrates the closeness of the V4 with Morocco.”

But it was saxophonist Tamás Zsári who entered the stage first. Curly hair, sax in hand, Mr Zsári has been representing Hungary, which presides over the V4 since mid-2021. Also, the gig in Rabat was organised at the initiative of Hungary’s Embassy in Rabat.

Sporting a white shirt, with a shy and yet electric smile on his face, Slovak Ákos Benkó manned the drums. Czech Tomáš Liška, possibly the youngest of the jazz musicians, played the double bass. 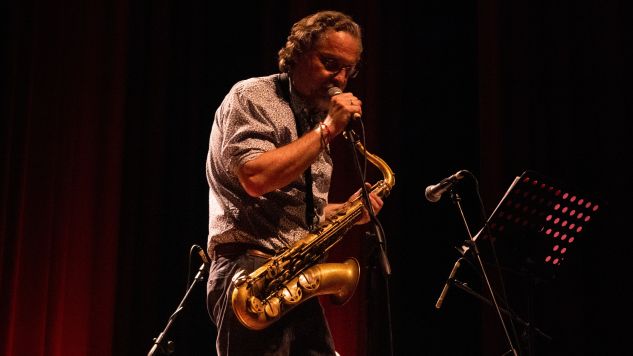 “I’m the new guy in the band. I’ve played with them for about two years,” Mr Benkó told TVP World.

“We’ve played together for about five years and Ákos was the last to join,” Mr Liška said, adding that the band had already performed in Vietnam and Thailand.

The band’s next stop is Cairo, then Rome and perhaps Qatar at the end of the year.

Mr Benkó, the drummer, went on to say that Mr Baha, the piano man, showed them “rhythms and structures originating from Morocco’s traditional music – Gnawa. “We tried to integrate that into our performance,” Mr Liška said. “I hope it was audible.”

Mr Benkó, the drummer, went on to say that Mr Baha, the piano man, showed them “rhythms and structures originating from Morocco’s traditional music – Gnawa. “We tried to integrate that into our performance,” Mr Liška said. “I hope it was audible.”

The quartet’s melodies rung, indeed, with African themes but the distinction between what is jazz and what is Gnawa is not the easiest to make. This is because of a common root of both genres – a root that taps deep into West Africa and its peoples.

While jazz traces its roots back to the late-19th to early-20th century US, New Orleans, one must not forget that it was brought there by African slaves, hailing among others from Congo. The African people organised lavish festivals with dance, drums and music using improvised instruments – washboards, wash tubs, jugs, boxes beaten with sticks or bones and a drum made by stretching a skin over a flour-barrel. At a certain point, the traditional tunes were interpolated by church music.

Meanwhile, the Moroccan music of Gnawa also conveys a sense of spirituality given the same West African origin. Brought by Hausa slaves and travellers to Morocco, the music was played by the arrivals to on one hand discharge negative emotions, on the other to find a niche for themselves in the Muslim society of the kingdom. Like blues in its early days, Gnawa continues to serve as a conduit for the experiences of slavery of the modern musicians’ ancestors, as well as becomes a means of expression of the more up-to-date grievances, bringing the performers and the audience to redemption.

This is done through the use of colourful clothes, music, dance and incense-burning, all of which comprise a complex liturgy called “lila” or “derdeba”. It is customary to perform the Gnawa rituals at night. In short, the Gnawa band is led by a maâlem, in other words a master musician, through a sequence of chants invoking the mluk (plural) – tribes of genie spirits otherwise demonstrating similar archetypal qualities within a single melk (singular). Through these rituals, which may last from 20 minutes to the very wee hours of the morning, the Gnawa troop and the audience seek to placate the mluk, whom they wronged in one way or another, or to reinforce their relationship with them. The dancing and music gradually become more intense after every consecutive chant, allowing for a release of energy and emotion. As stressed before, Gnawa has a deeply therapeutic purpose.

Interestingly enough, when asked to elaborate on the message behind the Visegrad Group, the V4 Jazz Quartet frontman Zsári said his band’s music is played “to discover what is unique about every single one of us. By learning what’s unique about ourselves we can also find overlapping common traits.”

This begs to phrase “know thyself” but said in the universal language of music. 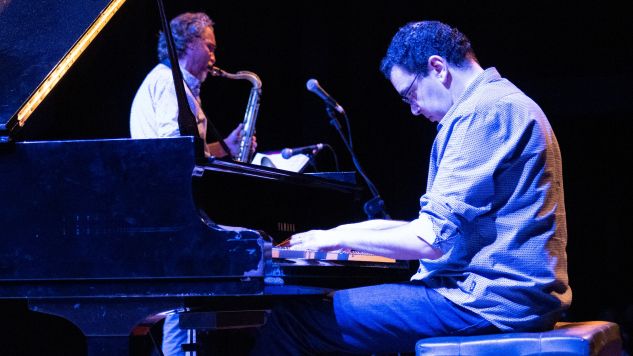 The question remains, how much is the Visegrad Group recognised in Morocco. As a format, it is hardly familiar to the general public. While intellectual and political elites, if those descriptions do not always go together, have heard about the group, the majority of Moroccans are more familiar with each of the constituting countries. In this regard, Poland, Hungary and the Czech Republic have the upper hand in the Kingdom, simply because Slovakia does not boast an embassy in Morocco.

Nevertheless, the three V4 countries have been doing their best to promote their political brand. A video clip demonstrating the links connecting Morocco and V4 was displayed in Arabic and French minutes ahead of the Thursday gig. Under the Hungarian presidency, the three countries approached sports app designer GC Sports to create the V4 Sports Challenge app, which allowed users to virtually travel to the landmarks of Hungary, the Czech Republic, Slovakia and Poland while performing their daily workouts.

On a political level, the V4 has been perceived by Morocco as an attractive ally to exert more leverage on the EU and pursue its own agenda.

Another instrument designed to bolster the V4-Morocco cooperation is student scholarships. Hungary has so far proven the leader in this regard with its Stipendium Hungaricum scholarship programme. But Poland is on Hungary’s heels, with the number of Moroccan students pursuing scholarships over the Vistula on a rise.

It is a long way for the V4 states to really make the format big in Morocco but stepping up the efforts is definitely worth it. 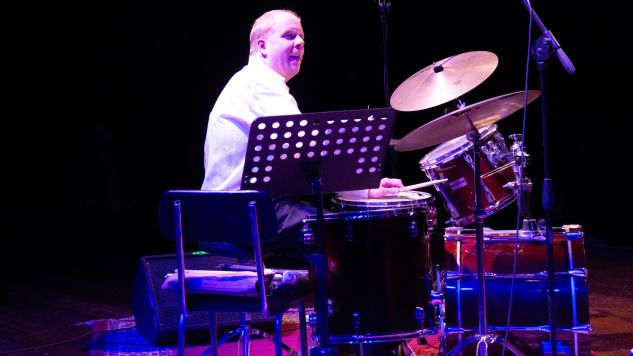