2022 Winter Olympics commence in face of COVID-19 and criticism

The 2022 Beijing Winter Olympics kicked off on Friday. Not only were the preparations impeded by the COVID-19 pandemic but also criticism over human rights abuse in China that led to a diplomatic boycott led by the US.

The opening ceremony began with a spring performance shortly after President Xi Jinping and International Olympic Committee Chairman Thomas Bach entered the iconic Bird’s Nest stadium. The performance ended with a Chinese flag passed among 56 Chinese athletes before being raised and the national anthem of China was performed.

Later on a three-dimensional block of ice emerged representing imagery from each of the previous 23 Winter Olympic Games carved by lasers. The block was then shattered by hockey players, releasing the Olympic rings. Afterwards the traditional “parade of nations” took place.

The event featured 3,000 performers on a stage consisting of 11,600 square metres of high-definition LED screen resembling an ice surface.

The crowd watching the ceremony from the stadium was pared down, with organisers deciding to sell tickets to Olympic events to prevent the spread of COVID-19. A “closed loop” is to separate competitors and other personnel from the Chinese public throughout the whole event. 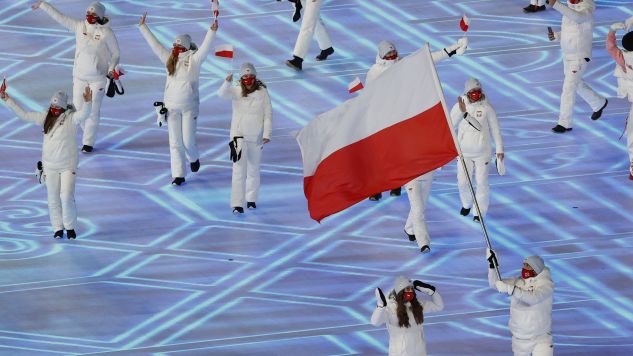 “Estonian President Alar Karis and other government officials will not travel to Beijing for the Winter Olympics, which begins on February 4,”...

Organisers hope that the criticism from activists and governments over China’s human rights record in its far western Xinjiang region and elsewhere will die down.

In 2021, Jen Psaki, a White House spokeswoman, reported that US diplomacy intends to boycott the Winter Games in China due to “the ongoing genocide and crimes against humanity in the Xinjiang Autonomous Region and other human rights abuses.” Australia, Belgium, Canada, Denmark, Great Britain, Lithuania, Netherlands and New Zealand also joined the boycott.

Hundreds of protesters from China’s Muslim Uyghur community rallied in Istanbul on Sunday, and later on Friday to call for a boycott of the Winter Olympics opening in Beijing and to urge participants to speak out against China's treatment of the ethnic minority.