Turkey to join mediation between Russia and Ukraine

The White House has reported that the US national security adviser Jake Sullivan and Ibrahim Kalin, chief adviser to the president of Turkey, spoke on Tuesday and discussed their commitment to “deter further Russian aggression against Ukraine.”

Panic would be the worst reaction: Ukrainian Def Min

Turkish state broadcaster TRT Haber reported that Mr Kalin has assured that his country would provide “all forms of support” to help resolve the Russian-Ukrainian conflict, adding that a visit by Turkish President Recep Tayyip Erdoğan to Ukraine on Thursday would “contribute to solving the issue diplomatically.”

As stated by the broadcaster’s diplomatic sources, Turkey offered to mediate as early as November and last month both Russia and Ukraine were open to the idea of Ankara helping.

“[President] Erdoğan will convey messages to [Volodymyr] Zelenskiy on maintaining peace in the region and preventing a rise in tension and hot conflict,” a senior Turkish official said.

He also added that plans were also being made for Russian President Vladimir Putin to visit Turkey following the Winter Olympics, being held in China between February 4 and 20.

“We expect both the talks to be effective in lowering tensions between Russia and Ukraine,” the official emphasised. 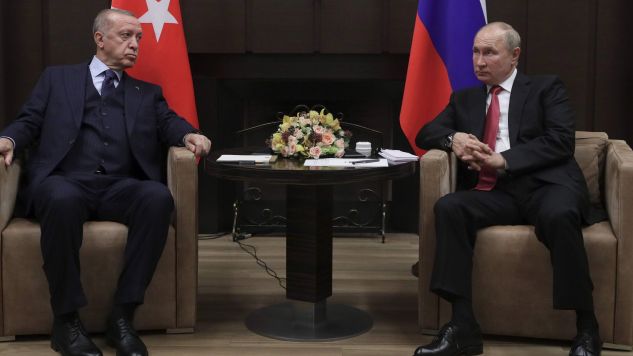 Turkey calls on both sides to avoid military conflict

Turkey is a maritime neighbour of both Ukraine and Russia and has good ties with the two of them. It has called on the countries to avoid any military conflict and warned Russia that an invasion of Ukraine would be unwise.

Earlier this week, Russian President Vladimir Putin accused the West of deliberately creating a scenario designed to lure it into war and ignoring Russia’s security concerns over Ukraine.

In terms of manpower and weapons, the arithmetic looks grim for Ukraine. According to the London-based International Institute for Strategic Studies, Russia’s army has about 280,000 personnel and its combined armed forces total about 900,000, while its 2,840 battle tanks outnumber Ukraine’s by more than three to one.

While Ukraine tripled its defence budget in real terms from 2010 to 2020, its total defence expenditure in 2020 amounted to only EUR 3.8 bn, one-tenth of Russia’s. Military analysts say Ukraine’s anti-aircraft and anti-missile defences are weak, leaving it highly vulnerable to Russian strikes on its critical infrastructure. They say Russia would also seek to use its superiority in electronic warfare to paralyse its adversary’s command and control and cut off communications with units in the field.
source: reuters