Joe Biden, the President of the United States, is considering sending 1,000-5,000 additional troops to NATO’s eastern flank countries in response to the concentration of Russian forces in Belarus, the “New York Times” reported on Sunday.

Russia wants to install ‘friendly leader’ in Kyiv: UK and US intelligence source

According to administration officials, cited by the newspaper, the deployment of additional forces was one of the options presented by the president’s advisers during Saturday’s briefing at the presidential center in Camp David.

Some of the soldiers would be transferred from the US, the rest would come from US bases located in other European countries. The number of soldiers to be sent to the eastern flank is between 1,000 and 5,000, with the possibility of increasing the amount 10 fold if the situation worsens. A decision on this matter is expected later this week.

Current and former military commanders say that forces to be transferred to the eastern flank should include air defence elements, as well as engineering, logistics and artillery units.

A sudden change in approach

According to Evelyn Farkas, a former Pentagon official responsible for Europe and Russia during President Obama’s tenure, the change in the Biden administration’s approach is due to Russia sending an unprecedentedly large contingent of troops and equipment to the border. They are officially scheduled to take part in joint Russian-Belarusian exercises in early February, although these had not been previously announced. 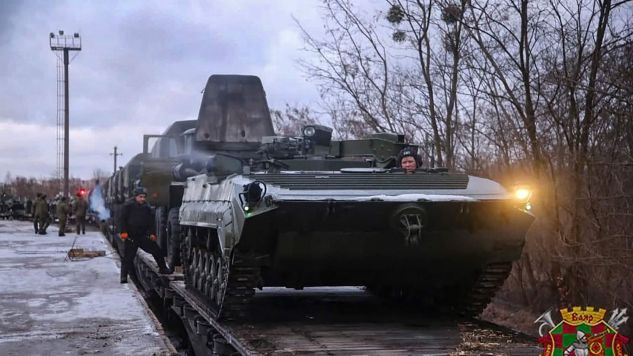 No Russian zone of influence in Ukraine: Polish President

“There is no chance that NATO could not respond to such a sudden military move in this political context,” Ms Farkas assessed.

It has not been specified which countries the American troops could go to, but so far most of them are stationed in Poland. Speaking about strengthening the eastern flank in NATO in case of a Russian invasion, President Biden mentioned Poland and Romania among the countries where forces would be increased.

“We have been clear that if there is any further Russian aggression against Ukraine, there will be a swift, severe, and united response from the United States and Europe,” US Secretary of State, Anthony Blinken, stated on social media.

We have been clear that if there is any further Russian aggression against Ukraine, there will be a swift, severe, and united response from the United States and Europe. My full interview with @margbrennan on @FaceTheNation: https://t.co/ZUDHFOb6Va

The discussion of sending additional forces comes at a time when the US has signaled that a Russian assault on Ukraine could occur at almost any time. On Sunday, the State Department ordered the departure of US diplomats’ families from Ukraine and allowed some diplomatic staff to leave.

“Given that the president has stated that Russia could take military action at any time, the US government will not be able to evacuate US citizens. So US citizens present in Ukraine should adjust their plans accordingly,” a State Department representative stressed during a telephone press briefing.

The British Embassy in Ukraine has evacuated some staff and dependents from Kyiv in response to “a growing threat from Russia”.
source: