Yesterday, on January 20, 56 people attempted to illegally cross the Polish-Belarusian border. At the Polish Border Guard post in Płaska 13 citizens of Iraq crossed to the Polish side on the frozen surface of the border lake in Wiązowiec,” the Border Guard wrote on Twitter.

At the post of the “Polish Border Guard in Czeremcha a group of 49 aggressive foreigners (citizens of Iraq, Sri Lanka, Syria, Turkey and Yemen) forced their way across the border,” the Border Guard added.

So far in January, there have already been over 500 attempts to illegally cross the border from Belarus to Poland. 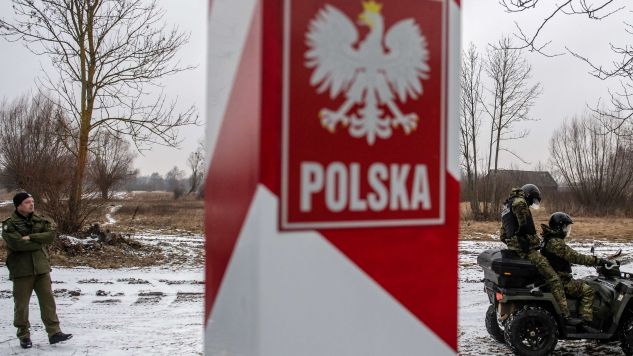 “They quietly approach the border, quickly cut the barbed wire and one by one cross to the Polish side. The moment the officers start catching them, the aggression begins. Stones and logs are thrown in our direction by both foreigners and Belarusian services,” she stressed.

Such a situation occurred on Friday at 2.45 am CET on the section protected by the Border Guard post in Czeremcha. “49 aggressive foreigners were forcing the border. They were all men. They were caught and escorted to the border line” Lt. Michalska emphasised. She added that “no one was hurt.”

Migration crisis on the Polish-Belarusian border

A ban on stay in the strip encompassing 183 localities in the Podlaskie and Lubelskie provinces in the border zone with Belarus was introduced for three months, from December 1 to March 1. The inhabitants and emergency services are excluded from this ban. Previously, a state of emergency was in force in the same area.

By mid-2022, a barrier equipped with motion sensors as well as day and night cameras is to be erected on the 180-kilometre section of the border.
source: PAP, Twitter