Europe and US struggle with rising inflation

Data from Europe and the US shows that the world is struggling with inflation not seen in decades. Gas, food and fuel prices are getting more expensive. In the United States, the yearly inflation in December amounted to 7 percent, the highest level since 1982. In the United Kingdom and Germany, price increases are the highest in 30 years, in the Netherlands in 20 years (since the introduction of the euro).

US inflation surges to a four decade record high

According to Jerome Powell, the head of the US Federal Reserve, rising prices are a “serious threat” to the economy and the biggest obstacle to its full recovery from the COVID-19 pandemic. Polls also indicate that it is one of the biggest political problems dragging down the ratings of currently ruling politicians.

The phenomenon of high inflation is also prevalent in Europe. In the UK inflation began to rise in spring 2021. In December, the annual inflation rate rose to 5.4 percent, the highest level since March 1992. In its December forecast, the Bank of England predicted that inflation would peak in April 2022, when it would reach 6 percent, but some analysts fear the peak will be 7 percent.

The Netherlands is also struggling with high inflation, which continues to rise and amounted to 6.4 percent in December. This is the largest increase since the introduction of the euro in 2002. In November, the increase in the prices of goods and services was 5.9 percent and, according to the Netherlands Bureau of Statistics (CBS), was a consequence of a sharp rise in the prices of gas, electricity and fuel. At the same time, as in other countries, the prices of food, alcohol and tobacco rose.

Germany last year recorded the highest inflation rate in almost 30 years. In September, inflation crossed the 4 percent mark. In November, it reached 5.2 percent. According to preliminary estimates, consumer prices in December were 5.3 percent higher than in the same month last year. 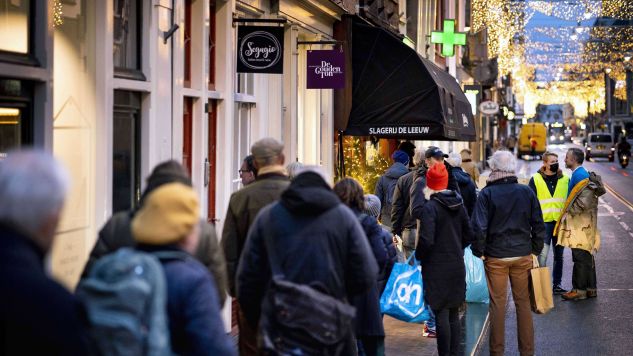 The Netherlands faces the largest increase since the introduction of the euro in 2002. Photo: PAP/EPA/RAMON VAN FLYMEN

Reduced VAT on fuels will bring down petrol prices: official

“The prices of diesel and petrol could fall to PLN 5 (EUR 1.10) per litre thanks to the government's decision to temporarily cut VAT on fuels by...

Spain, with its rapidly rising inflation, recorded prices in December going up 6.7 percent on average, a level not seen in Spain for decades. Spain’s central bank, which is about to release precise figures for inflation over the past year, has estimated that it will reach 3.7 per cent in 2021.

Italy’s annual inflation was 3.9 percent in December, the highest since 2012, according to the Istat statistical institute. The institute also noted that the main driver of inflation is the increase in energy prices. The 3.9 percent inflation means that each family’s consumption expenditure will rise by an average of around EUR 1,200 this year, the consumer rights organisation “Codacons” predicts.

In Sweden, inflation was recorded at an annualised rate of 4.1 percent in December 2021 (KPIF index). This was the highest price increase in the country for almost 30 years. 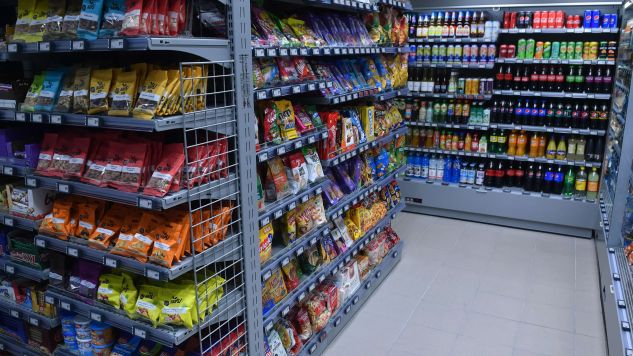 In Poland the annual inflation rose to 8.6 percent in December. Photo: PAP/Radek Pietruszka

In Poland the annual inflation rose to 8.6 percent in December, according to preliminary figures released by Statistics Poland (GUS). According to the Polish Prime Minister “rising prices and inflation are largely due to CO2 trading and ETS speculation”. To combat the rising inflation the Polish government introduced an “anti-inflation shield” which will lower the price of fuel, energy and foodstuffs.

However, the European and American data give way to the catastrophic situation in Turkey. In 2021, the value of the Turkish lira fell by 40 per cent. Inflation in December was over 36 per cent.

France is doing relatively well relative to other European countries, although inflation accelerated throughout 2021 to an annual average of 1.6 per cent, according to the National Statistical Institute INSEE. The institute also confirmed that consumer prices in France rose by 2.8 per cent in December y/y.

Portugal is also one of the EU countries least affected by inflation. Antonio Costa’s government estimates show that the inflation rate amounted to 2.6 percent, while the EU average at the time was 4.9 percent. For the whole of 2021, the average inflation rate in Portugal was 1.3 percent.
source: PAP, TVP World