The recent words of US President Joe Biden that Russia’s decision to potentially attack Ukraine “belongs solely to Putin” sparked outrage in Kyiv. As experts emphasise, these words may be perceived by the Kremlin as consent to an escalation of tensions between the two countries.

The US State Department has cleared Lithuania, Latvia and Estonia to send US-made missiles and other weapons to Ukraine, three sources familiar...

During a nearly two-hour press conference in the White House, Joe Biden warned Russia against invading Ukraine, while at the same time admitting the lack of unanimity within NATO as to how certain member states would react to potential moves by Moscow.

The US President also assessed that Russia would eventually make a move on Ukraine, saying the country would pay dearly for a full-scale invasion but suggesting there could be a lower cost for a “minor incursion.”

When asked about this assessment and his thoughts behind it, he answered that the Kremlin’s decision to potentially attack Ukraine “belongs solely to Vladimir Putin.”

REPORTER: "Have you determined whether President Putin plans to invade or move into Ukraine as you said?"

“There is no difference between a minor and full-blown incursion into Ukraine,” Dmytro Kuleba, the head of the Ukrainian Foreign Ministry, stressed, responding to Joe Biden’s words.

“There is aggression or there is not,” he emphasised, pointing out that Russia’s aggression towards his country has been ongoing since 2014.

Joe Biden’s comments at a White House news conference injected more uncertainty into how the West would respond should Russian President Vladimir Putin order an attack on Ukraine, prompting the White House later to seek to clarify what the US head of state meant.

“This gives [Vladimir] Putin the green light to enter Ukraine to his liking,” a Ukrainian official told a reporter for the US broadcaster CNN, adding that “Kyiv is shocked” following the US President’s words.

Russian officials have denied planning an attack, but the Kremlin has massed troops near Ukraine’s borders, a buildup the West says could be preparation for a war to prevent Ukraine from ever joining the NATO security alliance. 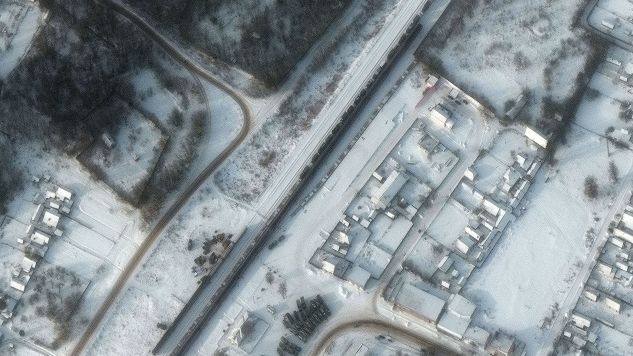