As reported by Open Doors International, an organisation dedicated to helping persecuted Christians around the world, 360 million of them were severely affected last year by oppression, control and violence because of their faith. As emphasised, it is 20 million more than the year before.

On Tuesday, the “Minskaya Pravda” daily issued by the Minsk authorities published a caricature of Catholic priests on the front page who wear...

For the first time, Afghanistan, now ruled by the Taliban, has been recognised as the most dangerous country for Christians. It is now ahead of North Korea, which has been at the top of the list for 20 years.

“The conditions in Afghanistan after the fall of Kabul are shocking as all underground Christians are at risk of death,” theologian Kurt Igler, managing director of Open Doors Austria, told the Austrian Catholic agency Kathpress.

“The new Taliban government has gained access to records that identify converts to Christianity. In addition, their fighters are actively searching for Christians from door to door,” he added.

According to the Polish Catholic Information Agency (KAI), after the collapse of the Islamic State in Syria and Iraq, the concentrated “Talibanisation” of Nigeria and other sub-Saharan African countries is progressing. This is done by creating networks of radical Islamic groups, mobilising common sources of funding, and acts of violence against Christians.

“In many places, people go to church on Sunday knowing they may not come back anymore,” Illia Djadi, a journalist and human rights activist from Niger and an Open Doors expert in sub-Saharan Africa, stressed. 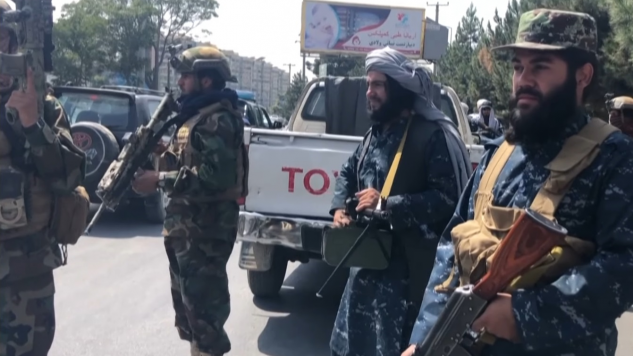 Soldiers of the Taliban in Kabul, Afghanistan, photo: wikimedia commons/VOA

Speaking at his weekly general audience on Wednesday Pope Francis urged governments to combat child labour. “Children who are at an age when they...

Activists call for protection of freedom of religion

According to the organisation’s data, from October 2020 to September 2021, 5,898 Christians were killed worldwide because of their faith, 1,137 more than the year before.

Most of these killings took place in sub-Saharan Africa, with Nigeria in the lead (4,650). The total number of churches attacked rose to 5,110, arrests and detentions of Christians increased 44 percent to 6,175 cases worldwide, 1,315 of which were in India.

Mr Igler called on Western countries to re-engage in the strengthening of human rights in 2022.

Mr Djadi also called for increasing public awareness and interest in the issue of persecution of Christians.

“The fate of persecuted Christians is so terrible because it is a forgotten crisis. Putting pressure on governments, as well as support for relief organisations and human rights organisations working in the field, are absolutely necessary to provide Christians with the protection and security they need,” the activist emphasised.