US inflation surges to a four decade record high

In December the US consumer price index grew to a 40 year record high, amounting to 7 percent year on year. This could push the Federal Reserve to raise interest rates early, the US Labor Department reported on Wednesday.

The US Senate rejected a draft law imposing additional sanctions on the Nord Stream 2 gas pipeline. Although the majority of senators voted for the...

The consumer price index (CPI) last month rose 0.5 percent from the previous month and 7 percent on a yearly basis. It is the highest 12-month rise since June 1982, according to the Bureau of Labor Statistics of the department.

Shelter costs and second-hand vehicle prices are major components of the inflation increase during the COVID-19 pandemic.

Used vehicle prices, due to supply chain constraints that have limited new vehicle production, rose another 3.5 percent in December, bringing the price to a 37.3 percent increase year on year. 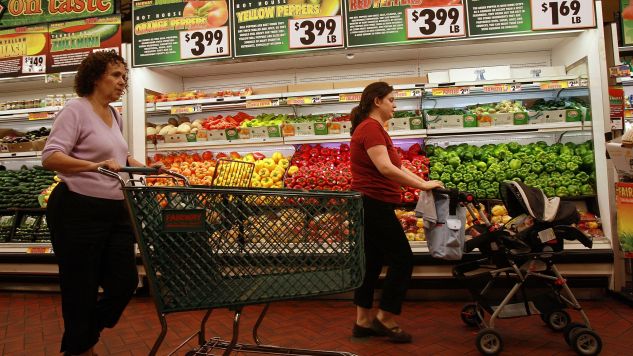 In December, the US consumer price index grew to a 40 year record high. Photo: GettyImages/Spencer Platt

Some US lawmakers accused the Democratic Party of an excessively loose monetary policy last year to push up prices, and recent polls also reflected the dissatisfaction of the American people.

According to the consumer survey, with the persistence of high inflation, many Americans’ confidence in the economy has been hit. Intuitively, the financial pressure of American families has increased sharply, rising prices have basically offset the wage growth of many Americans, and the basic living expenses of low-income families are unsustainable. Polls show that inflation has even begun to take the place of the pandemic and incur wide concern.

Raising interest rates may increase the borrowing cost of home purchase, car purchase and commercial loans, which will lead to an economic slowdown. However, the inflationary pressure in the United States is unlikely to ease soon.
source: Reuters