On the night before Prince Philip’s funeral, during a national mourning period in the UK, Downing Street, the headquarters for the UK Prime Minister, hosted two events with about 30 people who were drinking alcohol and dancing, the “Daily Telegraph” revealed on Friday.

A spokesman for Boris Johnson said the Prime Minister was not at Downing Street at the time, having stayed in his mansion outside London from Thursday night to Saturday. However, he did not contradict the “Daily Telegraph’s” information.

According to the newspaper, the events that took place on Friday, April 16, 2021, were organised on the occasion of the departure of two employees - communication director James Slack and one of the PM’s photographers. Initially they were held separately - the latter in the basement of the building, in a poorly ventilated room. However, around midnight the two parties merged into a single Downing Street garden party. Altogether there were about 30 people there at that time.

As the “Daily Telegraph” describes, citing witnesses, including participants of those events, at one point there was a fear that there might be a shortage of alcohol, so one of the people went to a nearby supermarket and bought a few bottles of wine. In turn, participants in the basement party expressed concern that too much wine had spilled on the carpet while they were dancing. Later, when they all moved into the garden, one of the Downing Street staff members climbed onto the children’s swing of newborn son Boris Johnson and broke it. The party ended late after midnight.

What about COVID-19 restrictions?

The newspaper reminds that the government’s guidelines at the time stated that people were not allowed to socialise in confined spaces. Exceptions were made to members of their own household or the so-called support bubbles. Open air events, including in home gardens, meetings, were restricted to six people or two households.

This is another case of media coverage in recent weeks that in Downing Street, other ministries or at Conservative Party headquarters, social gatherings, informal parties, or parties were held at the time of COVID-19 restrictions.

The Daily Telegraph emphasised that the context is particularly important in this case - because in order to comply with government regulations, the royal family had to limit the number of participants in Prince Philip’s funeral to only 30 people, and one of the most poignant scenes was the image of Queen Elizabeth II, who, due to the rules of social distancing, sat alone in the chapel at Windsor Castle. 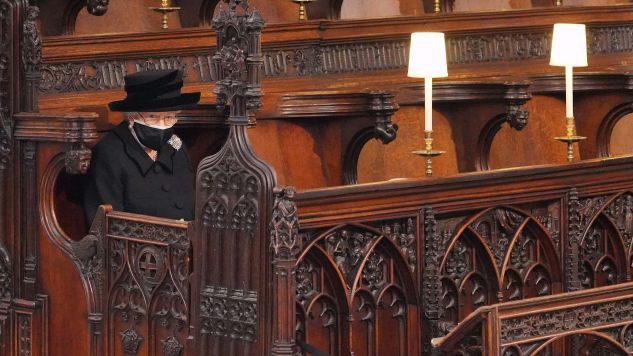 “The Queen sat alone in mourning like so many did at the time with personal trauma & sacrifice to keep to the rules in the national interest. I have no words for the culture & behaviours at number 10 and the buck stops with the PM,” Angela Rayner, deputy leader of the Labour Party wrote on social media.

Opponents have called for PM Johnson to resign, casting the 57-year-old prime minister as “a charlatan” who demanded the British people follow some of the most rigorous rules in peacetime history while his own staff partied. A small but growing number in his own Conservative Party have echoed those calls, fearing it will do lasting damage to its electoral prospects.

The Queen sat alone in mourning like so many did at the time with personal trauma & sacrifice to keep to the rules in the national interest. I have no words for the culture & behaviours at number 10 and the buck stops with the PM. https://t.co/OZD3GEBL4z

British police said on Thursday they would not investigate gatherings held at Boris Johnson’s residence during a COVID-19 lockdown unless an internal government inquiry finds evidence of potential criminal offences.