The US Senate rejected a draft law imposing additional sanctions on the Nord Stream 2 gas pipeline. Although the majority of senators voted for the bill, it did not achieve the required number of 60 votes.

“The issue of the Nord Stream 2 pipeline to bring Russian gas to Germany should not be mixed up with political and human rights disputes with...

A total of 55 senators, including six Democrats, voted for the bill proposed by Republican Senator Ted Cruz. 46 were against, including Republican Rand Paul. The draft law provided for the imposition of sanctions on the gas pipeline operator within 15 days of the adoption of the law.

The vote was the result of an agreement between Senator Cruz and the Democrats in which the party allowed the project to be voted on and in return Senator Cruz would stop blocking President Joe Biden’s ambassadorial appointments.

The failure of the project is the result of, inter alia, pressure from the White House, which convinced the Democrats - previously overwhelmingly in favor of sanctions - not to interfere with diplomatic attempts to resolve the crisis with Russia. The Biden administration also argued that the sanctions could undermine the agreement with the German government, which assumed the suspension of NS2 in the event of Russian aggression. The Ukrainian authorities, in turn, lobbied for the adoption of the bill. 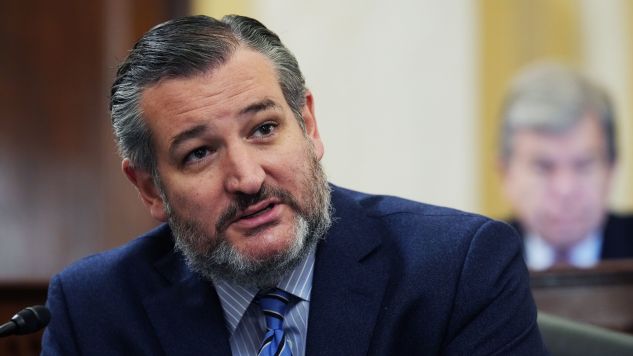 “The German government criticises the European Commission's (EC) stance on declaring nuclear energy 'green'. It Suggests that other EU countries...


During the pre-vote debate, Ted Cruz accused the Democrats of voting against only because Joe Biden is now president, not Donald Trump. He added, “if Russia invades Ukraine, it may be because the US Senate heard and ignored the pleas of our Ukrainian allies.” In turn, the head of the Democrats’ foreign affairs committee, Bob Menendez, accused Senator Cruz of cynicism and stated that the imposition of sanctions could be a pretext for Russia to launch an invasion.

Senator Menendez on Wednesday announced his own sanctions bill - covering both NS2 and much broader restrictions against Russian energy, financial companies, and a cut-off from the SWIFT system - that would be triggered in the event of a Russian invasion. The project was endorsed by the White House.


Nord Stream 2 is a two-pipe gas pipeline that can transport approximately 55 billion cubic metres of gas annually from Russia along the bottom of the Baltic Sea. The investment was dictated by political considerations to bypass Ukraine’s gas transmission system. For this reason, it is highly controversial as it could become a tool of economic pressure against Central-Eastern Europe.

The construction of the pipeline was strongly opposed by Poland and the Baltic States. Critics of the pipeline have been indicating that the project would increase Europe’s dependence on Russian gas and extend the Kremlin’s influence over European politics.
source: