‘Poland’s not for sale’: Deputy PM on preventing hostile takeovers

One of the economic threats triggered by the COVID-19 pandemic is the risk of hostile takeovers of Polish companies by foreign funds. The government prepared a new legislation to prevent that, said the Deputy PM and Development Minister Jadwiga Emilewicz on Polish Radio adding that “Poland’s not for sale.”

“Polish firms, often run by families, that have been toilsomely building their brand for the past 20-30 years, their recognisability… and the strength of the Polish economy mustn’t become easy booty for funds, especially non-EU ones,” Ms Emilewicz told Polish Radio.

The Deputy PM also said that regulations tailored to prevent creeping foreign actors from taking over Polish companies were in the making as the catalogue of production of strategic importance to the state had broadened in the time of the pandemic to include items such as the Personal Protective Equipment (PPE).

Ms Emilewicz went on to stress that the act on the protection of companies crucial to the security of the state has been in force in Poland for a few years. “These companies are mainly part of the crucial infrastructure. Based on this act we have prepared premises for another law that will render the takeover of a large part of businesses possible [only] at the discretion of the Council of Ministers,” she said.

“We hope that the government will pass it the next week, and if the Lower House convenes, that it would pass it too,” said the Deputy PM.

The move to immunise strategic companies against foreign hostile takeovers has been made in a number of states. In recent weeks countries such as Australia and Germany have either tightened their foreign direct investment policies or are exploring similar options. India, which is also a large ground of operation for Chinese start-ups and larger investors, seems to be following the lead.

“There has been a growing concern across the globe that Chinese companies are buying cheap, distressed assets. The [Indian] government may be thinking that if this is allowed to continue, it may raise some security concerns,” Bangalore-based lawyer Nikhil Narendran told TechCrunch. 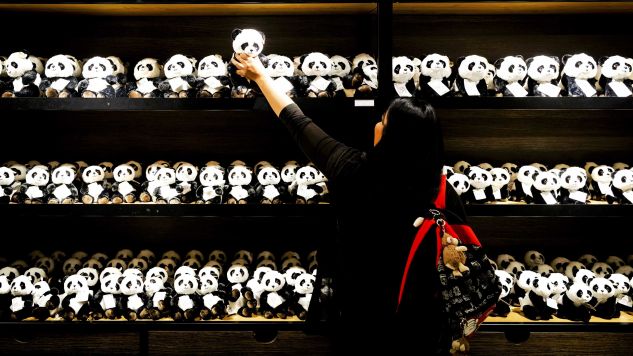 There has been a growing concern across the globe that Chinese companies are buying cheap, distressed assets. Photo: EPA/REMKO DE WAAL

Economy to reactivate in all sectors around July

“We will be unfreezing the economy sequentially, possibly every fortnight,” said Ms Emilewicz, explaining that each sequence of unfreezing will be preceded by an evaluation. “At the end of the week, evaluation of the passing period will be conducted and the PM will decide on the future action in the next week,” she said.

“Our ministry’s basic scenarios envisage that the economy would reactivate in all sectors around July, although not at its full potential,” said the Deputy PM, adding that it was difficult to say when the limitation on the number of customers per square metre in shops would be abolished.