Every 13 December since 1981 Poles remember the introduction of martial law by the communist authorities. A painful memory of the end of the Solidarity carnival that began in 1980, but also regarded as the beginning of the end for communism.

On 13 December 1981 the communist authorities imposed martial law in Poland. The military were on the streets, Solidarity leaders were interned, phone connections were cut off and the country’s borders were closed.

The authorities claimed that Solidarity, the 10 million strong trade union and political movement had brought the economy to its knees and that the country was on the verge of civil war. In fact Solidarity committed no acts of violence and had no plans to take power. It was simply demanding political and economic changes the communists were not prepared to make. 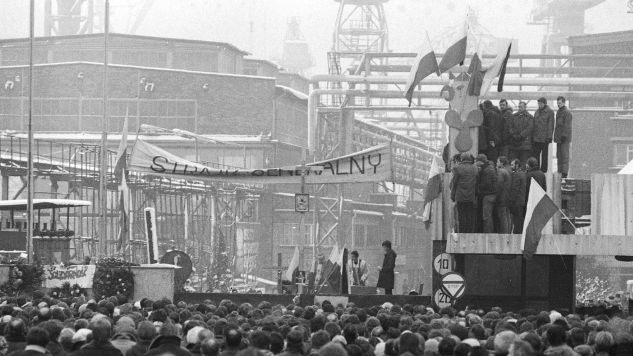 Solidarity committed no acts of violence and had no plans to take power. It was simply demanding political and economic changes the communists were not prepared to make. Photo: PAP/Jerzy Urdo

On the night of December 12 to 13, 1981, the communist authorities imposed martial law in Poland, ending so-called carnival of Solidarity trade...

Those Solidarity activists who escaped imprisonment organised strikes that were ruthlessly and violently put down. There were several casualties of the security forces actions against the strikers.

The communist party became dependent on the military and the police for the maintenance of its power. Its political legitimacy inevitably declined as a result. The young members and activists of Solidarity were radicalised and groupings such as “Fighting Solidarity” with an agenda of rejecting both communist and Soviet power developed and gained prominence.

Solidarity could not resist military force, bu it did manage to get an effective underground up and running just a few weeks after the introduction of martial law. The communist authorities achieved their short - term goal of remaining in power but in the years that followed failed to deliver any significant economic reform. Rigid communist ideology backed by the Soviets for years prevented any serious attempts at reform.

The Polish clandestine tradition, so prominent in the years of the Second World War and the early years of communist rule, returned. Several prominent Solidarity activists managed to evade arrest for long periods of time and became heroes in popular culture as a result.

The Church once again gained in importance. Its premises were used to organise help for those who had been interned and some priests, such as the iconic figure of Father Jerzy Popiełuszko, held masses in support of Solidarity; much to the annoyance of the communist authorities.

The period of martial law saw many Poles who were abroad on 13 December 1981 failing to return home and choosing to stay in the west. Many of them became activists promoting the cause of Solidarity abroad.

Back home, the Solidarity activists who had been imprisoned and did not cooperate with the communists became revered figures. When the semi-free elections were held in 1989 many of them stood and won landslide victories.

Some historians and commentators argue that this caution translated into too timid an approach to change in Polish politics and society. While radical economic reform took place, the army, the security forces, public administration and the judiciary were not subjected to radical change. The files of the secret police on their informants and operatives remained closed to the public and there was no attempt to ban former communist officials from holding public office.

In addition it soon transpired that the former communist elites smartly took up positions in finance, business and the media, while retaining much influence in public administration and the security apparatus. In the 1990s it often looked as if those who had opposed democracy and freedom became its major beneficiaries. This became especially visible when the working class which had backed Solidarity to the hilt became the victims of austerity that led to mass unemployment and poverty for many former Solidarity activists. 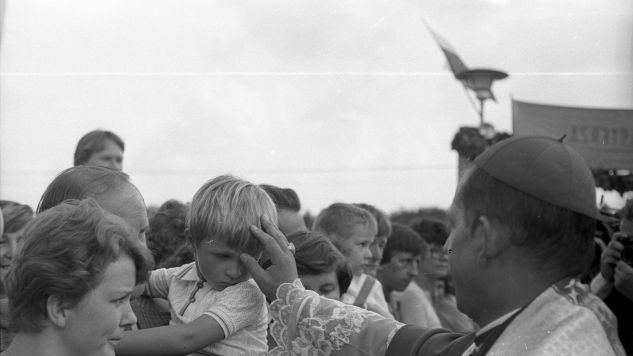 During Martial Law, the Church once again gained in importance. Photo: PAP/Anna Brzezińska-Skarżyńska

The international reaction was strong with the USA introducing sanctions and western countries attempting to give aid to Solidarity. The Cold War intensified before the late 1980s thaw.

Martial law was predictably welcomed by the Soviet Union and condemned by the West. After Gorbachev’s reforms and with the economy deteriorating, the communists eventually sued for peace with Solidarity and 1989 saw the end of communist rule.

No justice for the perpetrators

The perpetrators of martial law were never brought to justice. The legal basis for the introduction of martial law was flimsy. No body such as the Military Council for the Salvation of Poland that the army instituted was ever envisaged by the constitution.

But it is not just the top officials who were never brought to book for their actions. Virtually none of the police, security or military personnel who took part in internment and killing of Solidarity activists were punished, despite several cases being brought to trial.

The Polish legal system controlled by the communists had hounded the opposition with punitive punishment for political protests and actions. Since so many judges took part in those actions they were later timid in attempting to bring to justice the officials who had directed them.

But in retrospect it is clear that martial law marked the beginning of the end of communist rule in Poland. The fact that the party was so weak as to be dependent purely on the army and the police for its power meant that its long term survival was under question. When it lost the protection of the Soviet Union, its days were over.

The communist party was wound up in Poland in 1990, less than a year after the semi-free elections that saw its total political demise. But the writing on the wall appeared on 13 December 1981. 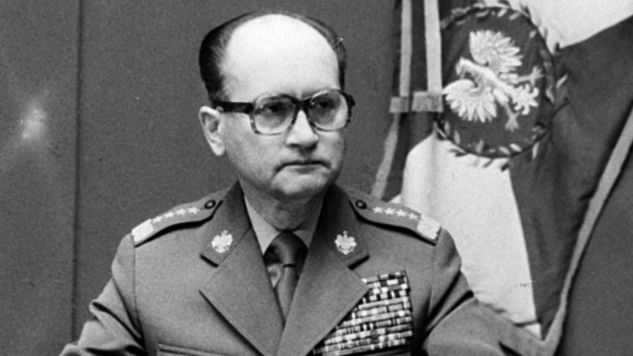 The perpetrators of martial law, among them Wojciech Jaruzelski, were never brought to justice. Photo: PAP
source: Poland IN