On the night of December 12 to 13, 1981, the communist authorities imposed martial law in Poland, ending so-called carnival of Solidarity trade union, which began in 1980.

“Citizens of Poland. The burden of the responsibility which is laid on me in this dramatic moment of Polish history is very heavy. My duty is to take this responsibility. It is about the future of Poland for which my generation fought on all fronts of WWII and gave the best years of their lives. I announce that today the Military Council of National Salvation [WRON] has constituted itself. The State Council, in line with the Constitution, introduced the martial law over the whole area of the country,” General Wojciech Jaruzelski announced on state television and radio.

WRON, which can be considered as a military junta, took over the duties of the government. It consisted of 21 members: 15 generals, one admiral and five colonels. One of the members, Lt. Col. Mirosław Hermaszewski, the first Pole in space, claims that he was included in the Council without his knowledge and consent.

Members of the WRON claimed that the introduction of martial law was necessary to prevent the intervention of the Soviet Army in Poland.

Thousands of people were arrested and interned by the communists. The authorities claimed that Solidarity, the 10 million strong trade union and political movement “had brought the economy to its knees” and that “the country was on the verge of civil war.” Those Solidarity activists who escaped imprisonment and internment organised strikes that were ruthlessly and violently put down.

Jarosław Szarek, the head of the Institute of National Remembrance (IPN) said on Friday that communist regime had planned introduction of martial long before December 13, 1981. “The first lists of those to be interned were created in October 1980,” he said.

In the opinion of Mr Szarek, the imposition of martial law revealed the “real face of communism.”

One of the most tragic moments of the period of martial law was pacification of “Wujek” mine. Following the imposition of martial law and the arrest Jan Ludwiczak, the head of the mine’s Solidarity, the miners began the strike. More and more mines joined it, negotiations were unsuccessful.

On December 16, armed militia arrived at “Wujek” mine and begun the pacification of the strike with the use of live ammunition. A total of nine miners were killed and 21 injured.

Chris Niedenthal, the Polish photographer raised in the UK, took one of the most famous photographs of the martial law period. It presents an armoured transporter in front of the “Moskwa” cinema in Warsaw on which hangs the poster for the film “Apocalypse Now.” 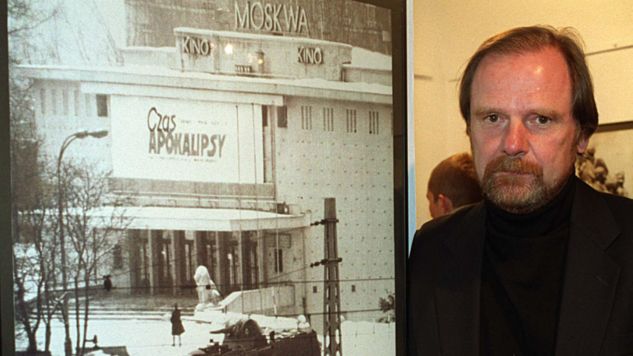 Martial law was lifted on July 22, 1983. In 2012, the court in Warsaw ruled that it’s preparation and imposition violated even the then constitution, and was perpetrated by an “armed criminal group.”

IPN estimates that around 100 people were killed over the period of martial law and more than 10,000 were interned.