September 1 marks the 30th anniversary of the tragic death of Kazimierz Deyna, one of the best players in the history of Polish football.

Legendary Polish footballer, Kazimierz Deyna, who died in a car accident in the US on September 1, 1989, has been commemorated by the Polish Post...

Kazimierz Deyna, born in 1947 in Starogard Gdański, northern Poland, finished his football career in 1987 in the US.

The fatal accident happened on the Interstate Highway I-15 near San Diego, California. The car he was driving hit a truck at high speed. Traces of alcohol were found in the blood of the deceased ex-footballer.

He was buried at El Camino Memorial Park in San Diego, but in 2012, his ashes were brought to Poland by his wife, Mariola Deyna, to be laid to rest at the “Avenue of the Distinguished” of the Military Cemetery of Powązki in Warsaw, where he was buried on June 6, 2012.. On the same day, the monument of the legendary footballer was unveiled near the stadium of Legia Warsaw.

Legia and its supporters will commemorate the late player during Sunday’s game between their club and Raków Częstochowa. The team will wear special shirts created to honour their legendary player. 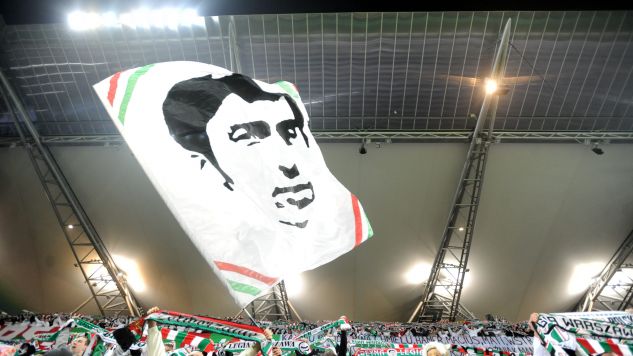 A flag with image of Kazimierz Deyna in the stand of Legia's stadium. Photo: PAP arch./Bartłomiej Zborowski

Kazimierz Deyna is considered one of the legends of Poland’s national team and Legia Warsaw.

In the 1970s and early 1980s, Poland achieved many successes in football. Deyna was a member of the team which won an Olympic gold medal in 1972. He scored two goals in the final against Hungary.

In 1973 he became the captain of the national team. Poland won third place during the 1974 FIFA World Cup held in West Germany, and the silver medal of the 1976 Olympic Games organised in Montreal, Canada. He also took part in the 1978 FIFA World Cup in Argentina, where he played for the national team for the last time. Deyna wore Polish national colours for 97 times in total.

His performance was honoured with many awards, including third place in the prestigious Golden Ball plebiscite of French “France Football” magazine in 1974.

Deyna played for the Warsaw club over the years 1966-1978, notching up a total of 304 matches and 94 goals. With the club, he won two championships of Poland and managed to get into the semi-final of the UEFA Champions Cup. To commemorate the importance of Deyna to Legia, no player in the club has been allowed to use number 10. since the 2006/2007 season.

Because he was an officer of the Polish People’s Army – Legia was a club controlled by the Army – he could not be transferred to any club from a member state of NATO. Such recognised teams as Real Madrid, Inter Milan, AC Milan and FC Bayern Munich wanted him in their colours, but it was not possible at that time.

He was allowed to move to the west in 1978 when he joined Manchester City. He finished his career in the US, as a player of the San Diego Sockers. 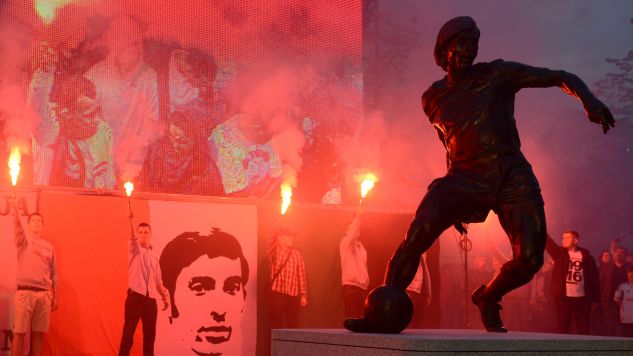