The beginning of the end of Uber in Poland?

A strike that Polish taxi drivers launched in Warsaw in April has brought about the much-awaited presidential “Lex Uber” bill which imposes regulations on Uber and Bolt drivers in an attempt to even the playing field between ride-sharing and traditional taxi services.

The law signed by President Andrzej Duda on Tuesday obliges drivers of services like Uber and Bolt to hold licenses.

According to the presidential website, the goal of the bill – which will come into force on January 1, 2020 – is to introduce conditions to “ensure fair and equal competitiveness, passenger safety and efficient control of this type of economic activity.”

Ride-sharing services like Uber and Bolt – the two most popular apps in Poland – will be treated equally to taxi companies. Their drivers will have to apply for taxi licenses in order to continue carrying fare-paying passengers.

Taxi drivers took to the streets around the country earlier this year to protest what they considered to be unfair practices by Uber and Bolt, which offered similar services for a much lower price. The fact that unlicensed drivers did not need to maintain a permit meant that such services were much cheaper. Taxi drivers also vented their frustration at the fact that many foreigners, including Ukrainian and Georgian nationals, were driving around major cities, often not paying tax on their earnings due to creative accounting practices of the subcontractors which employed them.

Due to the fact that such apps provide drivers with GPS tools to navigate the streets, drivers could, in theory, start carrying passengers on the day they moved to the city. Licenced taxi drivers, on the other hand, had to undergo rigorous tests in order to operate. 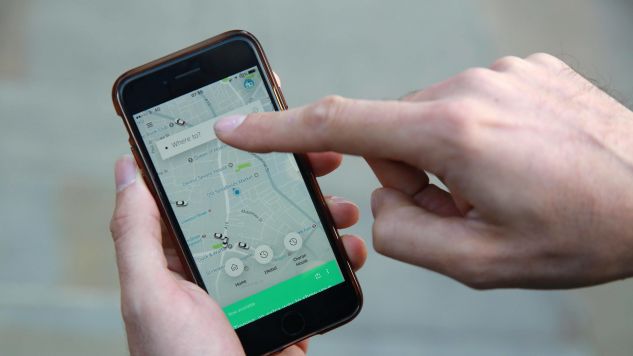 The overhaul simplifies the requirements for people applying for a taxi licence. Photo: PAP/PA

Acquiring taxi licence will be easier

The bill also introduces a number of changes which will make it easier to obtain a licence to carry paid passengers.

A mobile app which allows passengers to pay for ride-sharing services, as well as taxis, was also introduced.

Moreover, the overhaul simplifies the requirements for people applying for a taxi licence. It is no longer necessary for drivers to undergo an exam on road knowledge and road rules in order to gain a licence, according to a statement published on the president’s website.

The bill also foresees a unified price chart for transport services around the country. Drivers who are caught breaking to rules face a fine of up to PLN 2,000 (EUR 460).