Reports that British specialists from the UK Forensic Explosives Laboratory (FEL) found traces of TNT on samples from the crash site of the Polish presidential plane in Smoleńsk, Russia, reminds us that the debate over the causes of the tragedy is far from over.

The first reports about finding traces of TNT and other explosives in the site of the crash of the presidential plane in Smoleńsk were published in late October 2012 by the “Rzeczpospolita” daily. Those reports led indirectly to a coup at the paper itself with the editor of the day and many other journalists dismissed.

On April 10, 2010, the Polish presidential plane Tu-154m with 96 people onboard, including the President Lech Kaczyński and the First Lady Maria Kaczyńska, was flying to the commemorations of the Katyń Massacre in which the Soviet Union executed some 22,000 of Poland’s military officers and intelligentsia. The plane crashed in the morning near the Smoleńsk North Airport in Western Russia. All passengers and crew members died in the crash.

In the hours that followed, the Polish government agreed that the crash would be investigated by MAK investigators (MAK is an international aviation body dominated by Russia) on the basis of Appendix 13 of the Chicago Convention. The problem with that was that, firstly, the Chicago Convention does not apply to military and HEAD flights and, secondly, there was a Polish-Russian agreement on investigating military air accidents that was signed by the two countries in the 1990s.

The second investigation was headed by then-Minister of the Interior Jerzy Miller who presided over a set of experts on the state commission that investigates air accidents. All the evidence, however, was in the hands of the Russians: the black boxes, air traffic controllers, the plane wreckage and, at first, the bodies too of the victims too. The bodies were returned quickly with the speed of that return affecting the contents of the coffins; not all the right body parts were put into the right coffins. 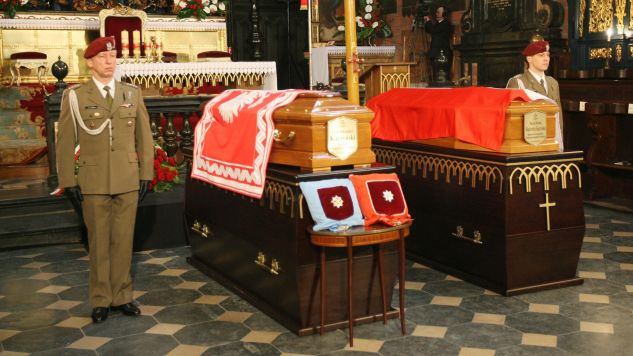 Russia ignored the Council of Europe’s (CoE) resolution calling on Moscow to return the wreckage of the Polish presidential plane that crashed in...

MAK first published the results of its investigation in early 2011. The publication of the results caught then-PM Donald Tusk by surprise as he was on a skiing holiday. The MAK report into the crash pinned the blame on pilot error; the plane had descended too far in fog and crashed as a result. It also made allegations of alcohol being found in the body of the general who commanded Polish air forces and that he had been in the cockpit during the crash.

PM Tusk argued that the MAK report was preliminary and that Polish investigations, both a criminal one aimed at determining any criminal responsibility for the accident as well as an experts’ one, were ongoing. He also argued that Poland would challenge the findings of the MAK report with the International Civil Aviation Organization (ICAO). This was not possible as ICAO had no jurisdiction over investigating a military/HEAD plane crashes.

The Polish experts' investigation agreed with MAK on pilot error being a primary cause of the crash when it was published a few months later, but it also assigned some responsibility to mistakes made by air traffic controllers. The report did not satisfy those who had argued for an international investigation of the crash and for Poland to have possession of all the evidence and full access to the air traffic controllers to question them.

Many of the families of the victims were dissatisfied with the then-government’s attitude to the investigation. Some argued that the government was keen to improve or at least maintain good relations with Russia and did not want to ask awkward questions. There was resentment that the ruling party had profited politically from seeing the then-opposition Law and Justice (PiS) lose its President and other senior figures.

PiS, dissatisfied with the answers it was getting from the government, decided to launch an investigation committee led by a former Minister of the Interior Antoni Macierewicz. That committee during PiS’s spell in opposition did not have access to all the evidence. When it became a state body after PiS took power in 2015, it still could not get access to the wreckage of the plane and original black boxes. Russia has consistently denied Poland access to those, arguing that it has still not finished a criminal investigation into the crash itself.

Relations between Poland and Russia deteriorated in the aftermath of the annexation of Crimea and the war in Donbas. Chances of the wreckage being returned to Poland any time soon are virtually zero. 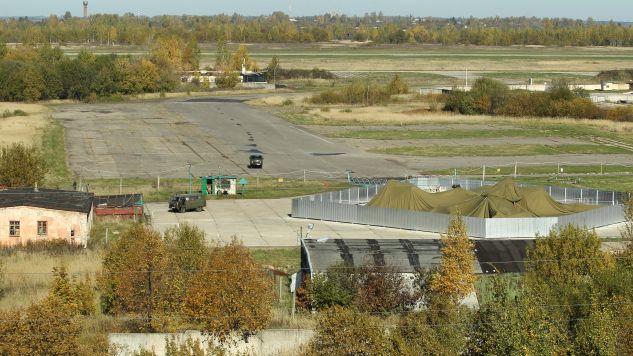 The wreck of the Tu-154M aircraft covered with a tarpaulin (r) at the Smoleńsk airport on October 9, 2010. Photo: PAP/Radek Pietruszka

The official unveiling of the monument of Poland’s late president Lech Kaczyński took place on Saturday evening in central Warsaw.

The ruling Civic Platform (PO) in the immediate aftermath of the crash were concerned it could lead to a wave of sympathy for PiS. Some called for a consensual approach to the Presidential election and state appointments in the aftermath of a great national tragedy. But that talk did not last for long. Relations between the two parties were already very bad and the Presidential election that followed was always going to be highly competitive.

That election was contested by the brother of the deceased President and PiS leader Jarosław Kaczyński. He lost narrowly to Bronisław Komorowski, the PO candidate. What followed was a dispute over how the victims should be remembered and about the causes of the crash.

These arguments reverberate until the present day. PO and the left accuse PiS of trying to make political capital of Smoleńsk. PiS accuse PO of trying to sweep the investigation and memory of Smoleńsk under the carpet.

The charge that PiS is just playing politics with Smoleńsk is a little disingenuous. It was a major tragedy that hit PiS hardest of all parties. The party has not profited in electoral terms from forcing the issue into the public domain, as the voters saw it as divisive and hard to explain. The only gain from this tragedy for PiS was that it may have hardened some core support for the party and its leader among the already faithful. But elections are not won on the core vote alone.

But today PiS are unlikely to make too much of Smoleńsk. They want to fight the election on their economic and social policy record and resistance to cultural liberalism.