Situated more than 50 metres below the surface, the underground tunnels of the Książ Castle in Wałbrzych, southwest Poland, have been made open to the public.

The tunnels were dug during WWII and their real purpose is still unknown. After the war, only authorised persons belonging to the Polish Academy of Sciences (PAN) had access to the tunnels, in which seismographic equipment was installed.

“About five years ago, we initiated difficult talks with the PAN’s Institute of Geophysics about the possibility of entering those tunnels,” the mayor of Wałbrzych Roman Szełemej said.

The city’s officials succeeded; however, at the beginning it was not easy to find contractors for preparing a safe route and digging more shafts for visitors. The work started in early 2018 and now, the first tourists have already seen the German underground complex. 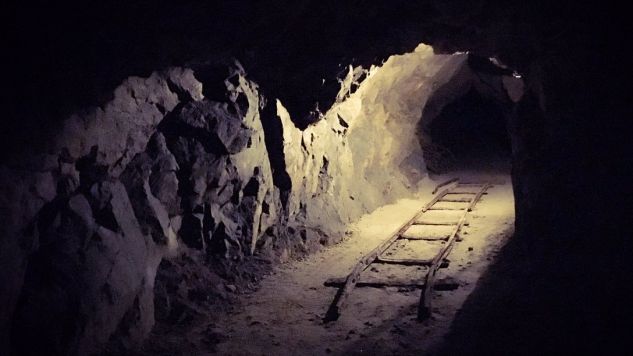 There are various theories about the real purpose of Książ Castle's undeground tunnels. Photo: twitter.com/jacekdrejer

There are many theories about the real purpose of those tunnels. One has it that Hitler’s bunker was to be located there, other scientists believe that the place was to serve as a secret arms factory. It is also possible they served as a shelter for Nazi German officials. One thing is certain, though: their building involved a great human tragedy.

“We want to show that these underground tunnels are not about the legend of the "golden train" because that is what tourists usually ask us about it, but in fact, it is the tragic story of the Gross Rosen concentration camp prisoners, who dug up these tunnels on Hitler’s order. It is their story that is engraved on the walls of those tunnels,” the chairman of the Książ Castle said.

The space open to the public is about one kilometre long. People can visit it with a guide during opening hours of the castle.