Six WWII survivors who were orphaned and forced out of Poland during the war gathered on Friday at Jamnagar on India’s western coastline to pay homage to the life of Digvijaysinhji Ranjitsinhji, Maharaja Jam Sahib of Nawanagar, who sheltered the children in a princely estate, gave them access to education and helped them to preserve their Polish culture.

The “Generations to Generations” event in Jamnagar is part of Poland’s independence centenary celebrations. Referring to the Maharaja’s rescue of the Polish children, Poland’s ambassador to India, Adam Burakowski, said it was “a great act of Indian hospitality that bonded our two countries together.”

The ambassador added that the six orphans who travelled to the event, all of them now around 90 years old, “remember everything.”

“Many of them lost their parents in Siberia but they found paradise in the middle of a terrible war,” Mr Burakowski said. “It is my honour to bring the survivors back to a place that shaped their lives.” 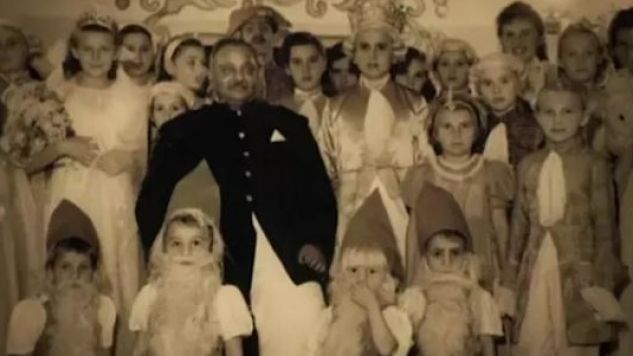 The Maharaja celebrating Christmas with the Polish orphans in Jamnagar. Photo: Wikimedia Commons

The archive is one of the largest collections of documents on the recently-discovered Polish operation to rescue Jews from the Holocaust.

From Poland to India via Siberia

Germany invaded Poland from the west in 1939, while at the same time the Soviet Union closed in from the east. Under Soviet occupation, hundreds of thousands of Polish citizens were forced to migrate eastwards, including Siberia.

When the Third Reich invaded the Soviet Union in 1941, the political landscape changed dramatically. Following the signing of the Sikorski-Mayski Agreement in July of that year, Joseph Stalin declared null and void all previous agreements with the Third Reich and granted amnesty to many of the Polish citizens who had been deported from their homeland into the Soviet Union.

Some 1,000 children made their way to India, many of whom had been orphaned by their stay in Siberia, having been assured a safe crossing by the then Polish consul in Bombay Eugeniusz Banasiński and his wife Kira.

Arriving in Jamnagar in 1941, Maharaja Jam Sahib arranged for the children to stay at camps in a nearby village, where a conscientious effort was made to only to give them food and shelter, but also to continue their education and keep their Polish culture alive. The Maharaja even set up a special library with Polish books to make sure the children would not lose their mother tongue.

“Do not think you are orphans. From now on you are Nawangarians, and I am Bapu, the father of all Nawangarians, including you,” the Maharaja told the children.

When asked by General Władysław Sikorski, the first prime minister of the Polish Government in Exile, how Poland might return the favour for taking in thousands of its children, the Maharaja answered: “when Poland is free, name one of Warsaw’s streets after me.”

The “Square of the Good Maharaja” can be found in central Warsaw, with a monument dedicated to the rescuer having been unveiled in 2014.