The rail freight service between Chengdu City of southwest China's Sichuan Province and Poland's Łódź, which has been operating for six years, has become a popular logistics route for the trade between the two regions, contributing significantly to the Belt and Road Initiative.

The Belt and Road Initiative, proposed by China in 2013, refers to the initiative regarding the construction of the Silk Road Economic Belt and the 21st Century Maritime Silk Road, aiming to build a trade and infrastructure network connecting Asia, Europe and Africa along and beyond the ancient Silk Road trade routes. The city of Łódź has become a major hub after China established a rail network to connect the Chinese city of Chengdu with European countries.

Hatrans Logistics is the operator of the Chengdu-Łódź freight train in Łódź. As the third-generation successor of the family business, Filip Grzelak has been expanding the business based on his grandfather's and father's achievements.

“The business is expanding, more and more trade is coming, so this will probably fuel a need, in the near future, to build a terminal,” said Mr Grzelak.

In December 2012, the Chengdu-Łódź freight train took its maiden journey. Back then, in 2013, only 10 trains arrived in Łódź. This figure soared to 500 in 2018, greatly benefiting the development of Hatrans Logistics.

"The latest information from Transport Logistic is that Łódź has become the most important logistics and warehousing link in central Europe. I have to admit that, before the new freight train was opened, it was so different here. Now it's a new look," said Krzysztof Piątkowski, deputy mayor of Łódź.

"This means that Łódź’s logistics industry is growing during our cooperation with China. This is also the focus of the city's future development," said Mr Piatkowski.

The China-Europe freight trains not only bring development opportunities to Poland, but also attract many investors from China. 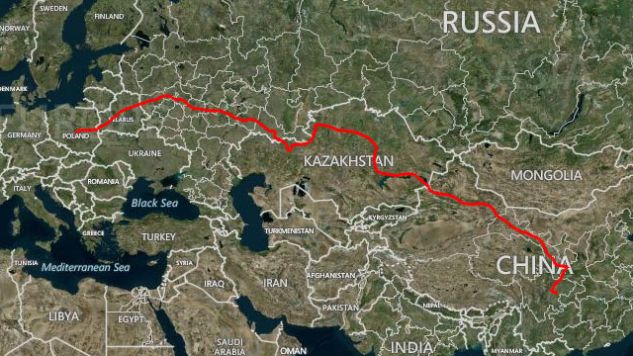