Poland’s deputy PM and science minister Jarosław Gowin said in an interview for one of Poland’s weekly magazines that if the ECJ rules in favor of Poland’s Supreme Court and allows it to suspend domestic legislation, then the Polish government “may have no choice” but to ignore the ECJ ruling as going against the Lisbon Treaty and the “spirit of European integration” in general.

In the interview published on Monday, Mr Gowin said that the current dispute over Poland’s justice system had reached a point where constitutional change is necessary. “We need to begin work on a new constitution. The changes which we are making to the courts right now are transitional in nature, they are intended to bridge the gap between what we have today and a new order in the justice system, anchored in a new constitution. The sooner it happens, the better,” the deputy PM said.

He added that the recent rejection by the Senate of the presidential proposal for a constitutional referendum did not in any way invalidate the fundamental need for constitutional reform, since the proposal was only rejected due to the referendum’s unfortunate timing. Originally, the vote was to coincide with Poland’s 100th independence anniversary on November 11. 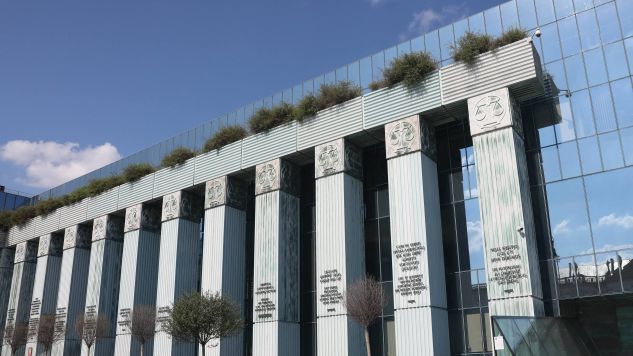 Mr Gowin also criticized Poland’s Supreme Court for its recent decision to suspend the application of a new law on judicial retirement age pending the ruling of the ECJ, saying that while the Court did have the right to apply for a preliminary ruling, it abused its powers when it decided to try and suspend specific provisions of an act of parliament.

Under the new judicial regulations, Supreme Court judges are obliged to retire when they reach 65 years of age, unless they apply for an extension of their tenure and are subsequently accepted by the President. The new law was one of the most fiercely contested aspects of the judicial reform, which is heavily criticized by Poland’s political opposition.

In the interview, the deputy PM called the situation “a dramatic moment in EU history,” adding that “if the tribunal in Luxembourg considers itself empowered to sanction the position adopted by a small group of Polish judges, then this will become fuel for Euro-skeptics all across Western Europe, as it will call the fundamental concept of sovereign nation states into question”.

Mr Gowin continued by saying that if the ECJ ruling accepted that Poland’s Supreme Court could suspend legislation, then the government would “have no choice” but to set a new precedent and ignore the ECJ ruling as “inconsistent with the Lisbon Treaty and the spirit of European integration as a whole,” adding that it pained him to say so, since he was a Euro-enthusiast himself. “The EU is a daring and longstanding project, but it can only survive as a Europe of nations,” Mr Gowin concluded, adding that by making a ruling in such a way in favor of the judges, the ECJ would be taking a step “towards the EU’s self-destruction”.

The message of Poland being prepared to defy a ruling by the ECJ is interesting. But the messenger is interesting too. Jarosław Gowin is widely regarded as one of the most liberal and pro-EU members of the coalition.

The fact that DPM Gowin is saying this means the ruling coalition are totally united on this issue and will not budge. That amplifies the message that is being put across.

If the ECJ ruling goes against the government it looks as if the stage is set for a very major confrontation between Poland, the EC and many of the EU member states.


Return to the top of the page.
source: PAP, "Do Rzeczy"