‘Miracle on the Vistula’: a major battle in Polish history

In August 1920 Polish forces stopped Soviet march into the west in the Battle of Warsaw.

Battle of Warsaw Museum to open in 2020: minister

The Museum of the Polish-Bolshevik battle of Ossów near the capital Warsaw will be inaugurated in 2020 to mark the centenary of the Polish triumph...

The war between an alliance of Poland and the Ukrainian People’s Republic and Soviet Russia and Soviet Ukraine started in February 1919. Both sides wanted to gain control over the areas of modern-day western Ukraine and Belarus.

Then Polish leader, Marshal Józef Piłsudski wanted to expand Polish borders to the east and create an “Intermarium” federation of Central-Eastern European countries led by Poland, which would form a counterbalance to the German and Soviet imperialism at the time.

The Soviets, on the other hand, wanted to move west with their revolution and aid communist movements in Western Europe. Poland opposed that and this is why, after first successes of Poland in the Polish-Soviet War, in early 1920 the Soviet Red Army counterattacked and started its march west.

Mikhail Tukhachevsky, the commander of the Soviet forces, led 24 divisions in four armies. It is estimated that 104,000-140,000 soldiers formed part of the Red Army marching towards Warsaw. They arrived at the outskirts of Poland’s capital on August 12.

The Soviets did not manage to enter the city, the closest spot they reached was the village of Izabelin, to the northwest of Warsaw. While the city was besieged by the Red Army, Polish forces amassed and prepared for a counterattack.

Semyon Budyonny, the leader of the Soviet 1st Cavalry Army, disregarded the order and did not march on Warsaw from the south as planned, but aimed at Lviv in Ukraine. His decision was also a result of political pressure from then-chief political commissar of the South-Western front, Joseph Stalin. 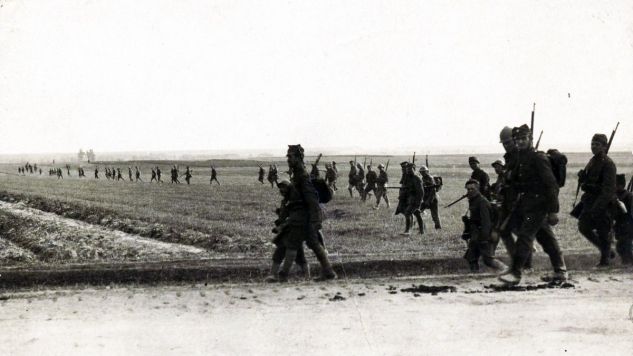 The “Aid to Poles in the East” foundation is making conservation works on the graves of Polish soldiers who died during the Polish-Soviet war in...

Polish forces started their counterattack on August 14 in the northwest, and a day later the Soviet march on Warsaw was halted. The village of Radzymin, to the northeast of Warsaw, was recaptured by the Polish army, which improved the morale of the Polish forces.

On August 16, the Polish Assault Group lead by Marshal Piłsudski marched in the south and managed to split the Soviet fronts, cut off the supply lines and caused chaos within the opposing forces. Soviet forces were consequently pushed back from the Polish territory. Finally, the Soviet leadership had no choice but to order a full retreat.

One of the results of the battle was a ceasefire between Poland and Soviet Russia, which was agreed in October 1920. The agreement was a basis for the Riga peace treaty signed in March 1921.

The Battle of Warsaw is considered one of the most important battles in global warfare. Many experts say that heroism of Polish forces stopped march of the Red Army further west. British ambassador to Poland before WWII, lord Edgar Vincent D’Abernon called it “18th most decisive battle in history.”

According to documents found in 2005, Polish cryptologists in September 1919 broke intercepted Russian ciphers. At least some of the Polish victories, not only the Battle of Warsaw, can be attributed to this.

The battle was dubbed “Miracle on the Vistula” by one of the contemporary Polish deputies. The Polish Day of Armed Forces is celebrated on August 15 as the commemoration of the victorious battle.