On Tuesday, Poland’s petrol giant PKN Orlen announced that it was looking into buying up stations in Lithuania and the Czech Republic. In addition, the company presented plans for new stations to be opened in Poland, with one of them planned to trade under the long-dead communist-era CPN branding.

The company announced that it wanted to expand its network of stations, in those countries in which it already has a presence, through its local subsidiaries. According to PKN Orlen’s boss, Daniel Obajtek, talks are now underway in both Lithuania and the Czech Republic.

On the domestic market, the company set out plans for 25 brand-new stations to be opened this year, followed by about 40 more in 2019. However, no plans for the acquisition of existing facilities were underway on the Polish market, the company’s chairman said, allowing Orlen to focus on its negotiations with the European Commission on the contemplated merger with another major player in Poland’s petroleum sector, the Lotos Group. Due to the size of the resultant company: a combined share capital of more than EUR 167 bn, the tie-up would have an impact on the Polish market. It therefore must first be given the go-ahead by the EU’s antitrust watchdogs.

Interestingly, as a pilot shcem, one of the domestic petrol stations operated by PKN Orlen is expected to return to the iconic CPN brand, making a comeback after 18 years, since the former state monopolist was rebranded as Orlen back in the year 2000. Before the current eagle-shaped motif made its way into the petroleum giant’s corporate branding, the entire firm was known as the Petroleum Products Central (CPN) – a name virtually synonymous with the word “petrol station” in the communist era, when market competition was non-existent. Yet even though many drivers would still say they must stop “at a CPN” regardless of the actual operator of the actual station well into the late 1990s, the company decided to dump the famous moniker to break from the past, especially since poor-quality service and fuel were commonplace in communist times.

The brand revival, while seemingly audacious, will initially be limited at best, with only one Warsaw petrol station to carry the old logo from this October onwards. According to the latest reports, the initiative started off as a move intended to preserve corporate heritage from being grabbed by third parties. Attempts were reportedly made to acquire the 1960’s iconic logo, forcing PKN Orlen to reinforce its grip on its legacy. Whether more petrol stations will feature the historic branding in the near future remains to be seen. 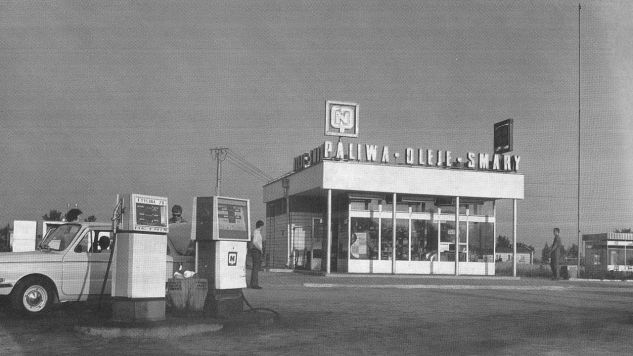 A CPN petrol station back in the 1970s. Photo: Wikimedia Commons

PKN Orlen’s share price rose by 2.6 percent after today’s announcements, with its share price closing the day at PLN 97.8. Their share price has risen by over 15 percent since the start of July. The group is in limbo waiting for the EU go-ahead on its takeover. Additionally, there were some concerns among investors earlier in the year about the possibility of the company investing in the country’s nuclear power program, an area where they have no previous experience. Going forward it is likely that the group will grab some market share in the Czech Republic and Lithuania but both of these markets are small compared to the benefits of consolidation in the Polish market.


Return to the top of the page.