“On the 10th anniversary of Russian aggression on Georgia, we want to recall the violation of Georgia’s independence, the tragedy of thousands of...

“The pride and hope of the Roses’ Revolution that filled the Georgian people’s hearts was replaced with bitterness and helplessness in the face of brutal violence and mourning the killed soldiers and civilians,” wrote the president.

President Duda stressed that the “memorable speech of Lech Kaczyński, that he gave in August 12, 2008 in front of the Georgian parliament building, was an expression of his own courage, perspicacity and far-sight on the global situation of East-central Europe while it also became part of the beautiful and inspiring history of Polish-Georgian friendship.”

“These relations were marked with mutual respect, sympathy and recognition based on attachment to collectively delineated values also reflecting a commonality of both our nations’ fate,” continued the president, highlighting that this year Poland and Georgia celebrate their centenaries of independence. 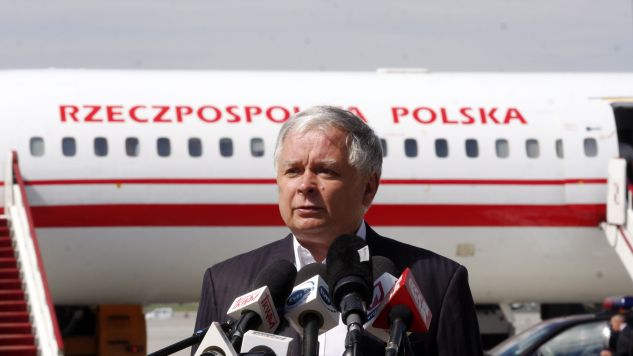 The late president Lech Kaczyński said in Tbilisi in August 12, 2008 regarding the Russian invasion on Georgia: 'today Georgia, tomorrow Ukraine, day after tomorrow - the Baltic States and later, perhaps, time will come for my country - Poland.'Photo: PAP/Tomasz Gzell

The Polish FM Jacek Czaputowicz also wrote a letter to the conference-goers. “Ten years ago, when Russian tanks were closing on the Georgian capital, president Lech Kaczyński decided to gather four regional leaders and resolutely organized a flight to Tbilisi.”

“Better than anyone else, president Kaczyński understand the threat to Georgia entailed by the Russian aggression,” reads the letter. “He knew that an immediate and unambiguous protest against Russia’s violation of the international rule of law, nations’ right to self-determination and independence and also the integrity of Georgian territory is necessary.”

The FM minister also reassured that Poland “supports, and will support, the pro-European and pro-Atlantic ambitions of Georgia and the Georgian people.”

“Your place is in the great family of democratic and European states. We await you. We will do all in our might to aid you on that path,” declared Mr Czaputowicz, whose two day visit to Georgia is just about to be concluded.