Over 2,500 cannabis indica plants worth more than PLN 3 mln (EUR 700,000) has been secured by the police in two separate raids on marijuana plantations in the southeastern town of Borzęcin and in the vicinity of Białystok in northeastern Poland.

The haul of cocaine, cannabis, and ecstasy was worth PLN 1.7 mln.

In addition to the ongoing fight against tobacco and amphetamine smuggling coupled with a struggle against designer drugs, the police is also tracking down cannabis plantations, with two on either side of the country being closed down in quick succession.

The plantation in question, located in the heart of a forest, consisted of 700, 1.5 m tall, pot-planted cannabis plants. In a nearby tent, fabric dryers and 10 kg of dried, almost ready-for-purchase cannabis were found. Watering apparatus and growth-boosting chemicals were also secured.

The police representative said that the shrubs and other items seized would serve as evidence in the investigation, adding that “the street value that could be acquired from the plants amounts roughly to PLN 3 mln.”

Two unwary local residents were detained during a the police crackdown on the forest plantation. The men have been accused of large-scale non-fibrous cannabis cultivation and should they be found guilty could face 8 years behind bars. 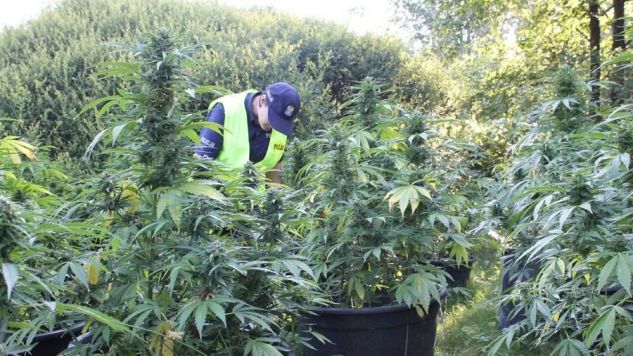 Two cannabis plantations consisting of 1,840 plants were raided and 21 kg of marijuana was seized by the police.

This came as the result of months-long reconnaissance regarding people dealing with cannabis indica cultivation. As a result, the law enforcement discovered that the plantations were to be found on a private plot of land and in a forest near the city of Białystok.

A basement full of professional equipment and tools used for cannabis cultivation was located in one of the properties. Moreover, over 17 kg of dried marijuana were seized.

Three men between 28 and 35 years old were detained and accused of growing cannabis and being in possession of drugs. In addition, 4 kg of marijuana was found in the attic of one of the growers’ houses. 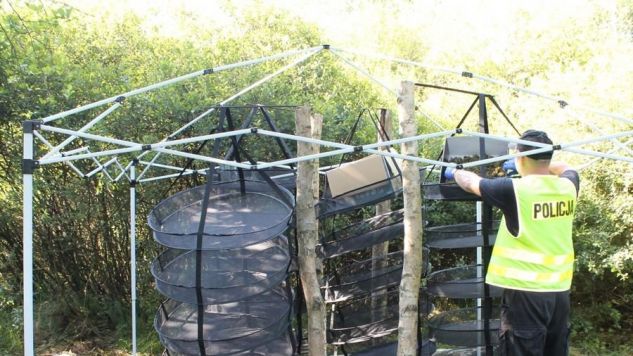 Police clamp down on dealers selling drugs to tourists

In 2014, as many as 2,564 Poles were treated substitionaly for opioid addiction, 189 Poles underwent treatment for cocaine, 2,194 were treated for amphetamine addiction and 2,525 for cannabis.

In terms of drug seizures in Poland, four kilograms of heroin, 219 kg of cocaine, 747 kg of amphetamine and 78 kg of MDMA (ecstasy) were captured in 2015.

In order to avoid arrest, drug dealers are getting creative with where they sell drugs. According to police data, cemeteries, hospitals, nursing homes, public administration buildings, medical clinics, courts, churches and even banks are being used to sell narcotics in Poland.