Poland’s ruling conservative Law and Justice party will not side with former US Presidential advisor Steve Bannon’s bid to form a grand right-wing populist coalition and shake up the European political scene, Poland’s weekly reports.

According to recent reports, former advisor to US President Donald Trump and co-founder of the Breitbart News current affairs website Steve Bannon is assembling an alliance of Euro-skeptical parties, reportedly trying to persuade the likes of Hungary’s Viktor Orban and France’s Marine Le Pen to join his cause. So far, however, even the most avowedly anti-EU parties have been ambivalent towards the idea for the new “supergroup,” preferring to stick to established alliances.

It has been speculated that Poland’s Law and Justice (PiS), the ruling conservative party which has recently been at loggerheads with the European Commission over both immigration issues and Poland’s divisive judicial reform, could be induced to join Mr Bannon’s cause, especially since the post-Brexit fate of its faction within EU’s Parliament, the European Conservatives and Reformists, seems uncertain at best with the imminent departure of UK’s Conservative MEPs.

However, members of the Law and Justice party seem adamant that they won’t be working alongside former advisor to President Trump any time soon. Faced with questions from one of Poland’s current affairs magazines, prominent party officials refuted all claims that their party was joining the ranks of “The Movement,” as the new initiative is supposed to be called.

“I never spoke to Bannon and I have no knowledge that any of our members were holding such talks,” the deputy speaker of the Polish Senate Adam Bielan was quoted as saying, adding that while Mr Bannon’s supporters allegedly wanted to organize a meeting in Poland, these attempts were not successful. 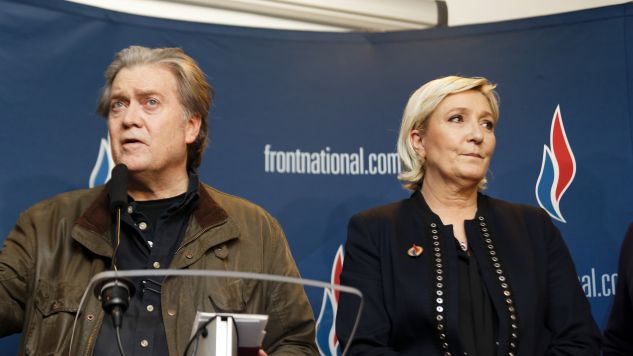 When asked about the possible invitation to join Mr Bannon, Karol Karski one of the MEPs representing the Law and Justice party responded by saying it was “unlikely” that it would be accepted by his party’s leadership,” adding that his party didn’t want to be “lumped together” with Europe’s anti-establishment movements “just because we disagree with [German Chancellor] Angela Merkel on certain issues”.

Mr Karski, a university professor specializing in international law, added that some of the parties reportedly joining Mr Bannon’s fledgling political movement would not be acceptable as allies for Law and Justice due to their “extreme” political views, or vague ties to Putin’s Russia.

A Bloomberg political columnists recently commented that Poland’s PiS was “unlikely to join any Euro-skeptic alliance because Poland is deeply pro-EU and dependent on EU subsidies to maintain its high rate of economic growth.”

Others also speculated that after his acrimonious falling out with Trump, Mr Bannon could prove toxic to Poland’s government, which has long considered a strong alliance with the current US administration a top priority. 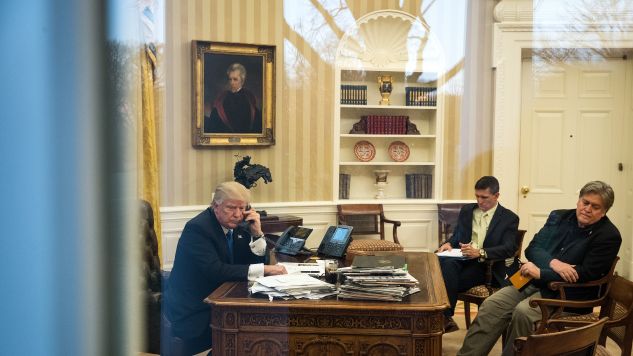 With Law and Justice out of the picture, Steve Bannon could theoretically try and woo Poland’s anti-establishment Kukiz ’15 movement, a political brainchild of former punk rock musician Paweł Kukiz.

Some of the members of the group exhibited decisively right-wing and anti-immigration views, which could have made them perfect candidates for Mr Bannon’s cause, but no reports of their involvement were available as of Wednesday noon.

A former member of Kukiz ’15, Robert Winnicki, who is also the leader of Poland’s Nationalist Movement, was asked by the press about his possible cooperation with the former Trump advisor but simply denied any knowledge that any invitation has ever been extended. 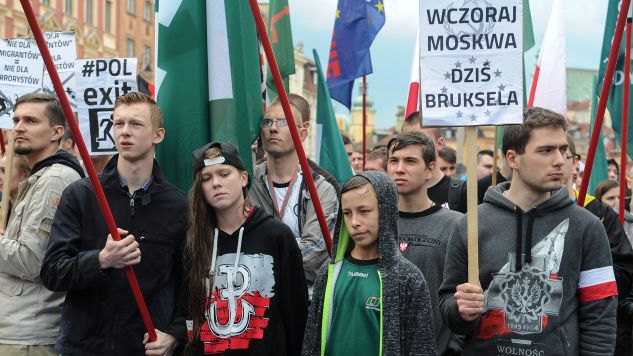 Major parties may balk at the idea of cooperation, but Bannon could try to exploit the anti-EU sentiment among far-right fringe groups in Poland. Photo: PAP/Marcin Obara
source: Newsweek.pl, Bloomberg.com