In the summer of 2012, thousands of Poles fell victim to a huge fraud which left them facing financial ruin. They had hoped for returns of more than 10 percent on their investment but ended up losing virtually all the savings they had put in.

The affair was one of the biggest financial scandals to hit Poland since the fall of communism in 1989. Amber Gold turned out to be a classic pyramid scheme, meaning that the financial institution used funds from new clients to pay off older clients rather than investing them.

Once the company went into liquidation, it turned out that any assets that remained went to finance unpaid tax bills and invoices. There was little or nothing left for the individual investors.

The scandal raised serious questions about the effectiveness of Poland's justice system and government because authorities failed to act against the company – operating as a semi-legitimate financial institution – despite red flags from regulators and the criminal record of its young owner. Scrutiny has also focused on Donald Tusk, the then Prime Minister, due to business dealings his son had with those running the scheme. The financial pyramid scheme

Amber Gold, promised guaranteed returns of 10 to 14 percent a year for what it claimed were investments in gold. Many of its clients were older Poles who grew up under communism and lacked the know-how to question how a firm could guarantee such a high return on a commodity whose value fluctuates on the international market. The promised returns compared well to the then 3-5 percent interest offered by banks on savings accounts.

Amber Gold launched in 2009, opening branches in city centers alongside respected banks, with white leather sofas and other sleek touches that conveyed sophistication and respectability.

It bombarded Poles with advertisements. Some early investors got out with their expected gains, adding to the fund's credibility. The company, based in Gdańsk, northern Poland, capitalized on gold's allure while playing on people's anxieties in unpredictable financial times. It drew in 50,000 investors over its three years of operation. 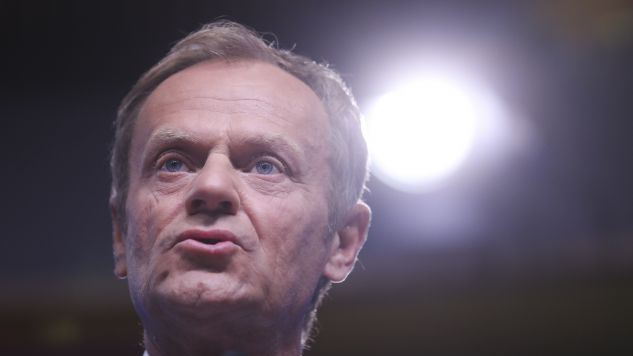 It turned out that the Donald Tusk’s son, Michał Tusk, had been employed by OLT Express, the airline in which Amber Gold has invested a lot of money, as a consultant. Photo: PAP/OLIVIER HOSLET

Soon after Amber Gold began operations, the Polish Financial Supervision Authority (KNF) put it on a "blacklist" of institutions that operate like banks without authorization. This did not stop the company from expanding and investing in other ventures.

One significant investment it made was in the low budget airline OLT Express. It was this investment that brought Amber Gold down.

Amber Gold entered liquidation and its scheme of investments collapsed. Its bank accounts were blocked and it was unable to return the money of thousands of its customers.

Public discontent soon centered on the justice system because the founder of the company Marcin P. (name withheld under Polish privacy laws) had past convictions for fraud. Many Poles asked why the authorities, aware of his criminal record, did not take action against him sooner.

The country's top prosecutor of the time, Andrzej Seremet, later admitted that prosecutors were negligent in failing to heed multiple warnings since 2009 about Amber Gold from the financial supervisory body.

The scandal hurt the Civic Platform (PO) government of the day as it turned out that there had been a curious degree of tolerance for the company from the Gdańsk tax office in Gdańsk (the company was way behind with paying its dues) , the prosecutor's office in Gdańsk and the local courts who raised no objections to a convicted fraudster creating a new company.

Furthermore, it turned out that the Prime Minister’s son, Michał Tusk, had been employed by OLT Express, the airline in which Amber Gold has invested a lot of money, as a consultant.

Predictably the then Opposition party, Law and Justice (PiS) pushed for further investigation of the matter. On arrival in office in 2015, the party decided to set up a special Parliamentary committee to investigate the scandal. The investigation was to uncover negligence and wrongdoing of public officials and public institutions. 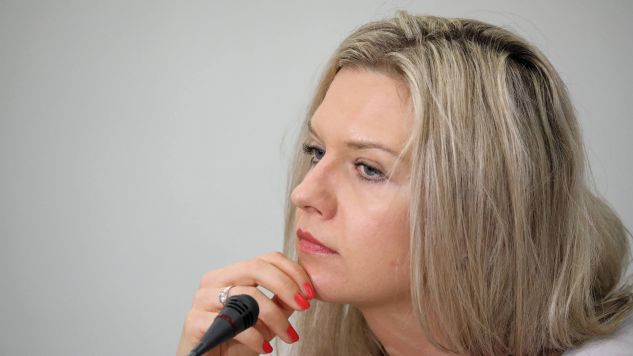 The special parliamentary committee was created in 2016. It is composed of nine Deputies to the Lower House and is chaired by Małgorzata Wasserman. Ms Wasserman is the daughter of a minister in the previous Law and Justice government (2005-2007) who died in the Smolensk air disaster in 2010. She is a lawyer and is currently the Law and Justice (PiS) party candidate for the mayor of Kraków.

Ms Wasserman has certainly made a name for herself with her chairing of the Committee. Her forensic questioning of a series of public officials has uncovered a disturbing trail of negligence of public authorities. It has also shown that many seem to have very poor memories, as those questioned have often claimed not to remember what they had been doing at the time.

There have already been some high profile hearings of the Committee involving testimony by witnesses such as Donald Tusk’s son in which he admitted that he felt that Amber Gold and OLT were businesses built on shaky ground. The founder of Amber Gold, Marcin Plichta, has also testified before the Committee but refused to answer many of the questions on the grounds of not incriminating himself.

There are several more high profile witnesses to testify before the Committee, including the former Finance Minister Jacek Rostowski and the current President of the European Council and former Polish PM Tusk. They will both be pressed to answer why they had taken no action on the pyramid scheme.

The Committee will report its findings to Parliament before the general election in 2019. The ruling Law and Justice (PiS) party is very keen to discover any links between the Opposition Civic Platform and the people who may have been behind Amber Gold.

Many commentators in Poland suspect that the young founder of the company was doing someone else’s bidding with that company and could not have himself secured the necessary protection of public institutions to get the scheme to get off the ground.