Following the discovery of a 5.3 meter long slough, the forces engaged in the hunt for the giant Indian python in the southern suburbs of Warsaw managed to discover marks of the snake’s passage.

“We managed to corroborate new marks of passage and new specialists have joined with us. As a matter of fact, we attested that this is a mark left by a snake and, presumably, by the one that dropped the slough,” said David Fabiański of the Animal Rescue Poland Foundation.

The tracks were found by the village of Ciszyca near the waterfront in watery, sandy terrain. Forces engaged in the hunt continue to search for tracks and the snake on warm, sunlit terrains.

Officer Jarosław Sawicki said that “according to an ophiologist” the discovered tracks show that “we are dealing with a snake on our territory.” Mr Sawicki said that “this is not another slough but a track left by a snake writhing in the shrubs between the islands.” Furthermore, the officer assumes that the snake’s weight amounts to 50 kg (110,23 lbs).

He also added that “this snake species may be dangerous and this particular one is estimated to be six meters long.” Officer Sawicki also mentioned that a local paraglider testified to having seen a snake being let out of a car at the Vistula’s beach within the boundaries of Warsaw’s Wilanów city district.

The river police and Warsaw zoo employees have joined the hunt, while regular police forces have already gathered information about all local snake breeders. Additionally, all police units in the country were asked to provide information about individuals that might be breeding snakes and also about whether anyone was reported releasing the hunted snake. 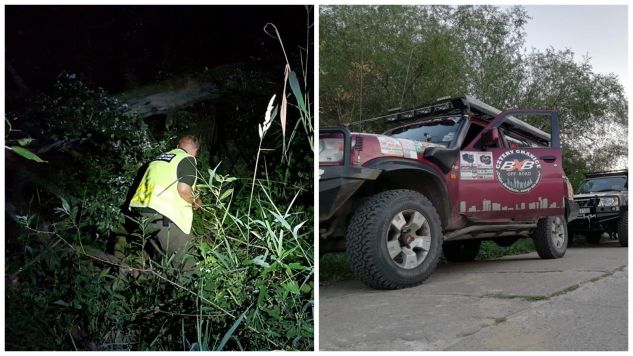 According to Mr Fabiański of Animal Rescue Poland, “the snake should be sunbathing on a beach right now. After dropping the slough the animal must have been hungry and it’s certain that it will hunt but to do that, first it has to warm up and that’s why the sun is on its side.”

Like all snakes, Indian pythons are strict carnivores and they seem to prefer mammals. Roused to activity on sighting prey, the snake will advance with a quivering tail and lunge with an open mouth. Live prey is constricted and killed. One or two coils are used to hold it in a tight grip. The prey, unable to breathe, succumbs and is subsequently swallowed head first.

After a heavy meal, they are disinclined to move. The python can swallow prey bigger than its diameter because the jaw bones are not connected. Moreover, prey cannot escape from its mouth because of the arrangement of the teeth (which are reverse saw-like).