Polish game rocks E3, but gamers have to wait

CD Projekt, Poland’s top game developer, premiered the trailer for its new Cyberpunk 2077 game during the E3 expo in Los Angeles last week, generating a huge buzz and becoming one of the most intensely debated games of the show.

With more than 300 developers and total market value above USD 500 million, Poland’s gaming industry is set to take its place among the world’s...

In development since 2012, the dystopian futuristic role-playing game captured the imagination of many gamers. However, so far, nothing but rumors and a pre-rendered CGI teaser had been released.

The new trailer, composed of in-game footage, provides a long-awaited glimpse into the hectic, brutal world of Night City, where despite the prevalence of life-changing technological developments, society seems to have taken a further plunge towards lawlessness and chaos. In this gritty, violent world, humankind resides in Blade Runner-inspired, sprawling labyrinthine mega-cities where social divides seem to be greater than ever.

In addition to the official trailer, industry insiders were also shown actual gameplay footage from the game. Early reactions suggest a truly remarkable experience, with an immersive open world being combined with visceral action scenes and fast-paced gunplay. The reveal caused some controversy among CD Projekt’s long-time fans since the game world would be presented from a first-person view as opposed to the third-person view used in the Witcher series. 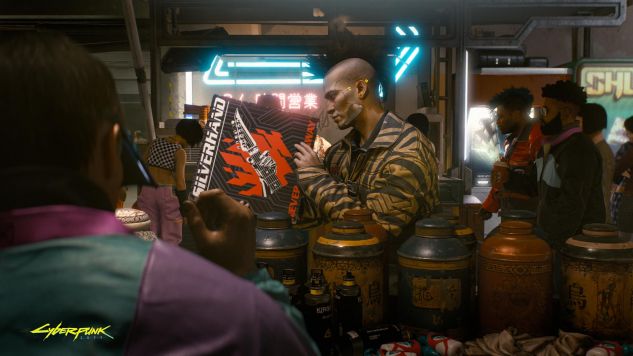 However, anyone willing to take a closer look at the dark future world of Cyberpunk 2077 will have to wait at least until fall 2019, insiders say.

Industry experts cited by the Polish Press Agency suggest that, since the game is a brand new franchise, the company will take its time to promote the title among the player base. “I assume that the game will premiere in late 2019 or early 2020. The marketing campaign for the Witcher lasted for a similar period,” one of the market analysts was quoted as saying.

Insiders agree that works on the game seem to be more advanced than originally expected and that the game made a serious splash at E3. “The game was a huge hit, no doubt about that,” one industry expert told the Polish Press Agency, adding that while the public trailer proved slightly divisive, the gameplay footage shown behind closed doors provoked a truly rapturous reception.

The release of long-awaited information on the game was also welcomed by corporate shareholders, with the company stock price on the Warsaw Stock Exchange rising by 14 percent since the trailer’s arrival. This only adds to the meteoritic rise of company value this year, as the game developer is now worth 70 percent more than it was in January. In fact, at nearly EUR 4 billion, CD Projekt is now near the middle of the 20 top companies on the Warsaw Bourse. It has already trumped a number of major banks, one of Poland’s biggest mobile phone companies as well as oil giant Lotos.

Given how well the company performed with its acclaimed Witcher series, the expectations are enormous. One expert was quoted as saying that, in order to justify such a high valuation, the company would need to release the game in 2019 and shift over 20 million copies in that year alone. To put things in perspective, Witcher 3 sold nearly 10 million copies within 10 months of its original release date.

“History shows that game developers experience the most dynamic growth when expectations are at their peak, before the games hit the shelves. In the short-term perspective, there is a chance for the share price to remain high,” one market analyst concluded, adding that based on what was shown so far, the game was likely to become a hit.